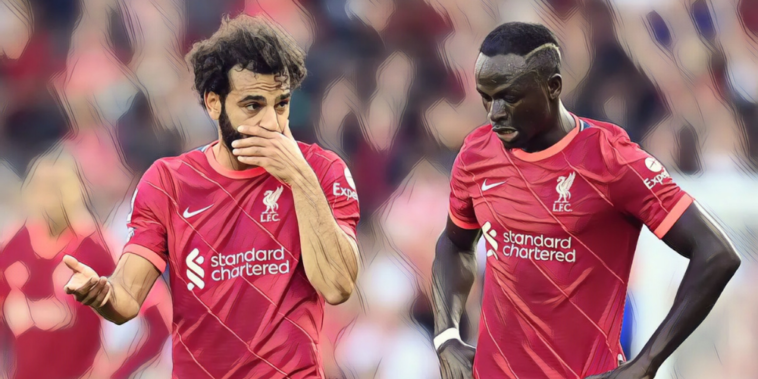 Pep Lijnders has discussed how Liverpool are coping without Mohamed Salah and Sadio Mane ahead of the club’s Carabao Cup semi-final second-leg with Arsenal.

Liverpool travel to face Arsenal at the Emirates tomorrow evening, in the second leg of their semi-final encounter following a goalless first leg at Anfield last week.

The Reds head into the clash after a convincing 3-0 win over Brentford in the Premier League at the weekend and Lijnders is hopeful Liverpool can continue their momentum and secure a place in next month’s final.

“In the last game [against Brentford], we had 68% possession, 27 shots, 13 on target. It was one of our better performances,” the Liverpool assistant manager said at his pre-match press conference.

“We always analyse and look ahead to the next game and we know what we want. It is clear we need to win at Arsenal now and that is good. If it is in 90 minutes, 120 minutes or with penalties, we need to win this game.”

“At the start of the season, we always say we want to create memories; memories with our fans and to create special games. It is good that we are in January and we are speaking about reaching finals and reaching Wembley. We are going to give everything to compete there.”

Liverpool will once again be without Salah and Mane for the clash with both players remaining involved in the Africa Cup of Nations.

The Merseyside club struggled to create goalscoring chances in the absence of the forward duo during the first leg, but Lijnders is confident his side can find alternative routes to goal and insists the Reds have ‘different ways to attack’.

“Of course, they are our front line, they give us so much direction in our game, but what I like is that we don’t just have one weapon. We have so many different ways to attack. How we are evolving as a team and developing with our positional game is important and I really like it.”

Lijnders refused to confirm whether Alisson would start in goal at Arsenal, after the Brazil international made his EFL Cup debut in the first leg.

The number one has often been rotated during cup contests and Lijnders praised the strength in depth of Liverpool’s goalkeeping options.

“It is good that we have three really good goalkeepers,” he said.

“Adrian, every time he has come in he has saved us. Caoimhin [Kelleher] is a talent, you cannot call him that anymore. He has all the characteristics we want from a Liverpool goalkeeper. He is calm, he can play, he’s an amazing shot stopper; he has the personality to not be involved for 60 minutes and then make a crucial save. Our game needs somebody who can play with a lot of space in front of him.

“Then we have [Alisson] and there is nothing to say. He is our Brazilian captain, he is everything you want from a goalkeeper and for me the best in the world. We are really happy with all three of them, so let’s see who starts tomorrow. They would all do well.”