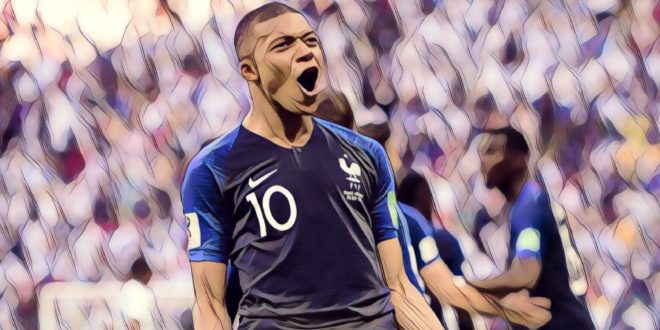 Kylian Mbappe – 10 of the best quotes about the French superstar

Kylian Mbappe’s rise has been as swift as it has been sensational.

This past summer, the PSG striker won football’s greatest prize, yet only a few short years ago he was merely a boy that very few people outside of Monaco knew about.

Anyone who witnessed the very young, agile forward playing for the principality’s football team however, could have predicted he would go to great things even then.

Premier League and Man City legend Richard Dunne caught a glimpse of the attacking prodigy very early on, describing him as “frightening”. Now everyone can see what he meant.

At just 19 years of age, and having already won Ligue 1, the Golden Boy award and the FIFA World Cup, there is no doubting who Mbappé is.

The French international has received plaudits from the likes of Thierry Henry, Zinedine Zidane, Arsene Wenger and so many more as he continues to amaze football fans with his incredible talent.

Watch our video of the best quotes on Kylian Mbappé: