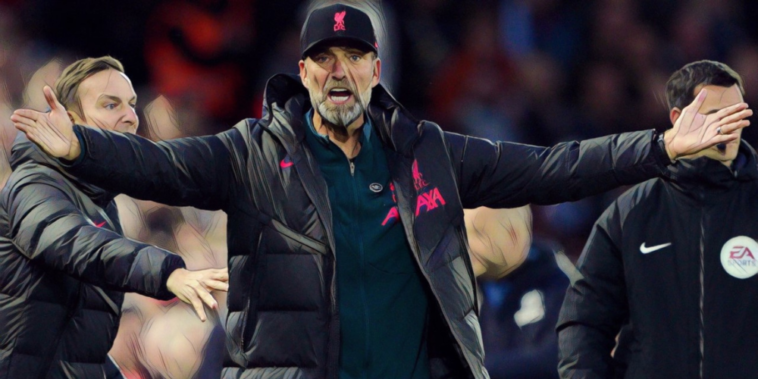 Jurgen Klopp admits he ‘should have dealt with the situation differently’ after being sent off during Liverpool’s win over Manchester City last weekend.

Klopp was dismissed in the second half after angrily confronting the fourth official, as he vented his frustration at the officials over Liverpool’s failure to win a free-kick for a challenge on Mohamed Salah.

What had been a brilliant game was also marred following unsavoury incidents from both sets of fans, with controversial chants and objects thrown from the crowd at Anfield. Coins were thrown in the direction of City boss Pep Guardiola, though Klopp was keen to stress that such incidents come from a minority who will be punished,

“I’m not sure we have to be best friends with other clubs,” Klopp said at his pre-match press conference ahead of Liverpool’s clash with West Ham.

“I thought I put it all in perspective when I said how much I respect what they [City] are doing but it is still not right for some. As a club and as a team together with our supporters we showed an incredible performance.

“If something then happens and one guy throws a coin it is one fan, it’s a massive mistake and will get punished and if something happens after the game it is one or two supporters not all of them.

“That’s true it looks like it gets overshadowed because it was a brilliant performance against an incredible side and a super intense game.”

The German did however say that he was unable to express the importance of the victory against City.

“Our supporters understood pretty quickly this season it is not a smooth start to the season. How they react and perform in games is exceptional and I don’t take that for granted.

“That makes it special that something like this is possible. It was massive to win, it was massive. You can lose this game 1-0 and play exactly the same game.”

Following Liverpool’s disappointing start to the season, Klopp said it is now important to follow up the win over City with another ahead of West Ham’s trip to Anfield on Wednesday evening.

“When you play the start like we did, you realise from now on all they are all finals. It’s already a few weeks ago we realised that. We respect them a lot and they caused us a lot of problems. They have really quality players and options to change.”

Klopp does however expect to be able to take his place on the touchline for that game, despite being shown a red card at the weekend.

“I think I will be there tomorrow because nothing happened yet. I don’t think something will happen tomorrow a few hours before the game,” Klopp said.

“I still think I should have dealt differently with the situation which I usually do.

“In this moment you could not bring me in this mood, no change. The whole game led to that a little bit. It was a very, very intense game with a lot of decisions we didn’t understand on both sides.

🗣️ “I think I will be there tomorrow.”

Jürgen Klopp believes he will be in the dugout against West Ham despite receiving a red card against Manchester City. pic.twitter.com/nMo3gm609b

“This for me was like the one drop that made the bucket overflow. I’m not happy with my reaction but that’s the way it was and everybody saw it.

“I was sitting after the game with Anthony Taylor and spoke completely calm about how we saw the game. I got a red card and now we wait for the process.”