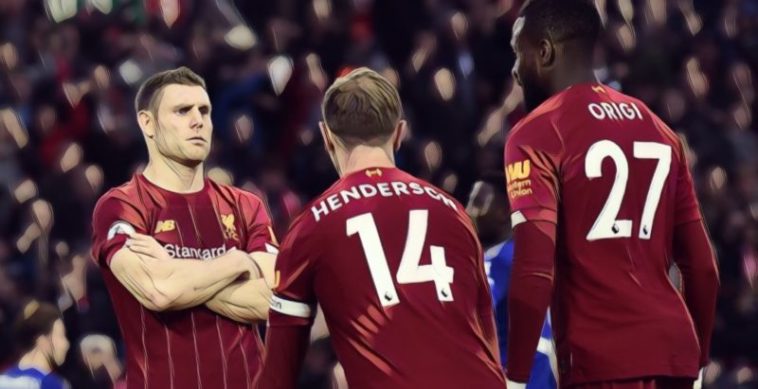 Jurgen Klopp has lavished praise on James Milner and says the midfielder ‘sets the benchmark’ for the Liverpool squad.

The veteran was restored to the Liverpool starting lineup for Saturday’s 2-1 win over Leicester, keeping his cool to score a late winner from the penalty spot to maintain the club’s perfect start to the new Premier League season.

The 33-year-old had earlier provided the assist for Sadio Mane with a superb long pass, and Klopp was full of praise for his vice-captain following his latest stand-out performance.

When asked if there was any other player like Milner, Klopp told Liverpoolfc.com: “No, that’s why he has [played] like 7,680 Premier League games!

“That’s true [that he’s unique]. Exceptional, exceptional. It just sets the benchmark, that you’re 33 and doing things like this. Obviously age is no issue.”

Milner’s late winner ensured Liverpool extended their winning streak in the Premier League to 17 games, with the club heading into the international break holding an eight-point advantage over nearest challengers Manchester City.

Klopp’s side have the chance to equal the Premier League’s all-time winning streak of 18 matches, when they travel to face rivals Manchester United at Old Trafford on October 20.