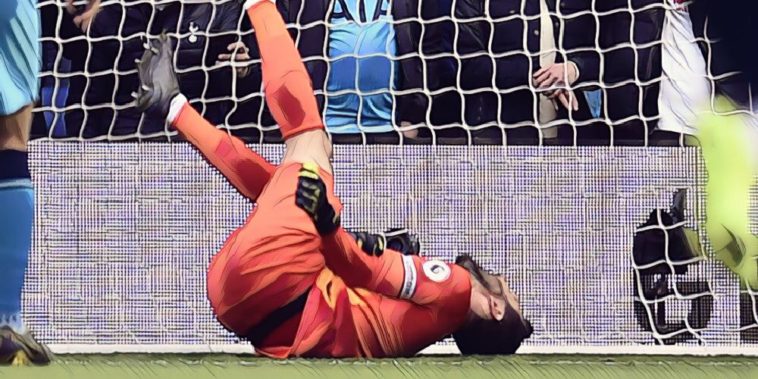 Tottenham have confirmed that captain Hugo Lloris will be out until the new year after dislocating his elbow in the defeat at Brighton this weekend.

The France international fell awkwardly after making a mistake for Neil Maupay’s early opener at the Amex Stadium, before being stretchered from the field and replaced with Paulo Gazzaniga.

Spurs have now confirmed that Lloris has suffered a dislocated elbow, and whilst the injury does not require surgery, the problem will see the goalkeeper sidelined until 2020.

“Hugo Lloris has undergone further assessment this morning after sustaining a dislocated elbow in our match against Brighton on Saturday,” Tottenham said in a statement on Monday afternoon.

“The findings have shown that although surgery will not be required, our club captain has suffered ligament damage and is not expected to return to training before the end of 2019.

“Hugo is currently in a brace and will now undergo a period of rest and rehabilitation under the supervision of our medical staff at Hotspur Way.”

Eric Dier admits Spurs are in ‘a crisis’