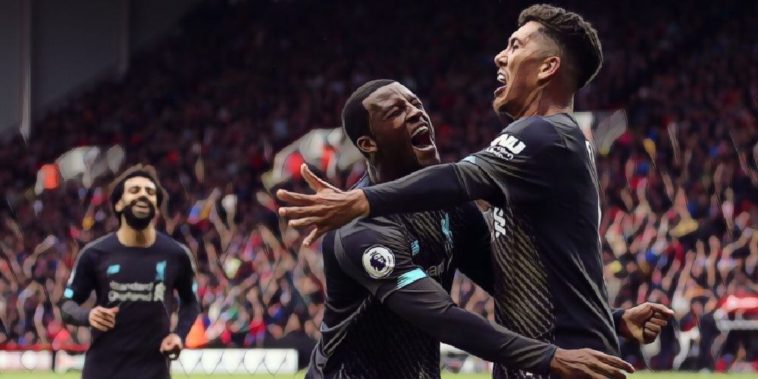 Georginio Wijnaldum insists Liverpool are not getting carried away despite extending their lead at the top of the Premier League to eight points this weekend.

Saturday’s 2-1 win over Leicester at Anfield, coupled with Manchester City‘s shock home defeat to Wolves the following day, has seen Jurgen Klopp’s side move eight points clear at the top of the division heading into this week’s international break.

Despite their significant advantage, Wijnaldum says Liverpool are not taking their position for granted as the club look to end a 30 year wait for an elusive Premier League title this season.

“We don’t want to think we are already champions. That would be a really wrong thing to do,” Wijnaldum told Sky Sports.

“I’m sure the manager will keep us with our feet on the ground and say that we just have to think about ourselves, and try to play good and try to give 100 per cent every week.

“We just have to do what we did before and look at ourselves and not look too much to other teams because we don’t have influence on other teams – we can’t control the performance of other teams.

“Then at the end of the season we will see where we stand.”

Neville: Liverpool are ‘big favourites’ and Man City ‘are not right’