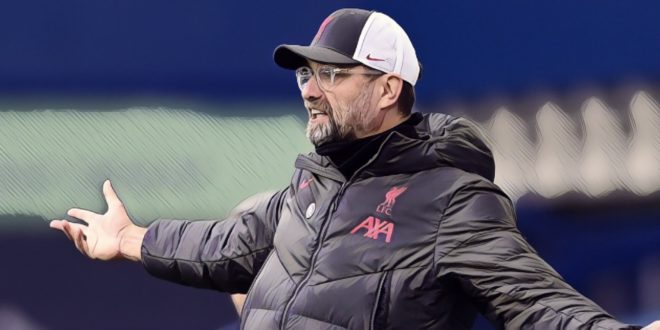 Liverpool and Everton served up an incident-packed Merseyside Derby at Goodison Park, a drama-filled encounter between the fierce local rivals eventually finishing up 2-2.

Jurgen Klopp’s defending champions got off to a perfect start on three minutes when Sadio Mane hammered a low Andy Robertson delivery into the roof of the net.

The Reds looked razor-sharp in the opening exchanges but their positive start would be stunted after a moment of massive controversy in the seventh minute. Liverpool midfielder Fabinho floated a ball to the back post and as Virgil van Dijk tried to meet it, the Dutch defender was poleaxed by Toffees goalkeeper Jordan Pickford.

Replays showed Pickford’s attempted tackle to be a horror challenge, but no action was taken against the England ‘keeper as replays showed that van Dijk had been marginally offside when the cross had been played into the area. Liverpool fans – already upset that their side had not been awarded a penalty – then had to watch defensive lynchpin Van Dijk be substituted off and judging by footage of the incident the 29-year-old may well be facing a spell on the sidelines.

Everton began to grow in stature and would equalise on 19 minutes when centre-back Michael Keane rose highest to power home a wonderfully delivered corner from classy Colombian playmaker James Rodriguez.

Both sides looked dangerous going forward as the game entered the second-half, although it would be Liverpool who would retake the lead on 72 minutes, Mohamed Salah notching his 100th goal for the Reds with a superb snapshot from 14 yards out.

Carlo Ancelotti’s side refused to bow down though and man of the moment Dominic Calvert-Lewin restored parity with 10 minutes left to play, the young striker rising highest to nod home a trademark header from an excellent Lucas Digne cross.

The drama didn’t stop there though and in the 90th minute Everton’s Brazilian attacker Richarlison was given his marching orders for a high lunge on the Reds summer signing Thiago Alcantara.

Liverpool skipper Jordan Pickford then thought he’d snatched an injury-time win for his side two minutes, only to see his left-footed effort ruled out due to one of Sadio Mane’s armpit hairs being offside in the build-up.

Speaking afterwards Reds boss Jurgen Klopp revealed he was happy with his side’s response after they lost 7-2 away to Aston Villa in their last game before the international break.

”The performance was top, it was a top game and a good game for both teams,” Klopp told BT Sport.

”We were clearly dominant against a side full of confidence and with a clear plan. It was probably the best away game since I was at Liverpool. But it’s still 2-2 for different reasons.

”I saw a really good performance. I would be more happy if we win but I wanted to see a response and see the team we were before.”

However, the German coach did look visibly frustrated and bemused by several high profile decisions and incidents that occurred during today’s game, and suggested that not only van Dijk but also Thiago may be facing some time out injured.

“It is difficult in the moment. It’s a massive foul on Thiago [for Richarlison’s sending off] and now we don’t know what [injury] he has. It looks not good to be honest.

”The game was brilliant but it’s over, we got one point and that’s the situation. The game was good, I loved it in so many moments how we played against such a good side.”

Next up for Liverpool is a trip to Amsterdam to face Ajax in the Champions League, before they host Sheffield United in the Premier League next weekend.

Read Also – Strange days: Why Everton, Leicester and Spurs are in the reckoning to win the Premier League