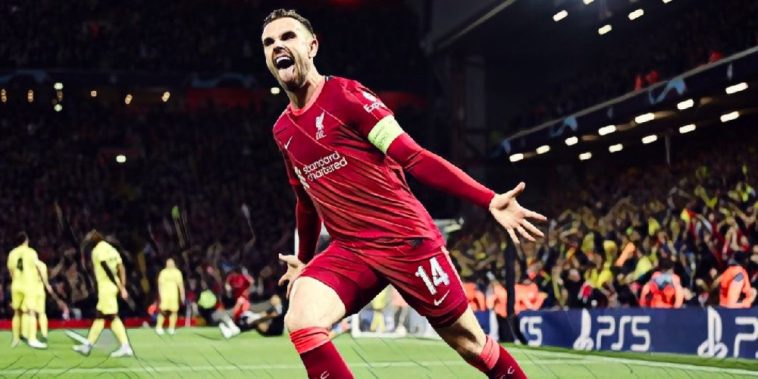 Liverpool put themselves into a commanding position in their Champions League semi-final, taking a 2-0 aggregate lead to Spain following a comfortable victory over Villarreal.

Liverpool came into the game as overwhelming favourites to progress to a third Champions League final in five years, though faced a side who had overcome the odds in beating Bayern Munich in the last eight.

While the world had been treated to a seven-goal thriller on Tuesday evening in the first semi-final between Man City and Real Madrid, this tie always looked like being a much tighter affair, with Unai Emery’s side having shown plenty of defensive resilience on their road to the last four.

Liverpool were hugely dominant right from the off, pressing all over the pitch and creating a whole host of chances, though Villarreal were typically well organised defensively, the closest that the Reds came to opening the deadlock in the first 45 minutes coming as Thiago Alcantara thundered an effort off the post from range.

The Merseyside outfit did finally make their dominance pay in the 53rd minute, Jordan Henderson making an overlapping run to receive the ball down the right, before his cross took a definitive deflection off Pervis Estupinan that looped over Geronimo Rulli.

Two minutes later and the quadruple chasing side doubled their advantage, Mohamed Salah slipping a perfectly weighted pass through the Villarreal defence and into the path of Sadio Mane before the Senegalese poked home to send the Anfield crowd wild.

The Premier League side continued to control the game and had two further efforts ruled out for offside, while at the other end, they restricted the visitors to no real chances of note, with Alisson making zero saves throughout the entire 90 minutes.

8 – Across their three games at Anfield since the start of last week, Liverpool won by an aggregate score of 8-0, made 1,622 more passes than their opponents and had 93 more touches in the opposition box. Superiority. pic.twitter.com/Xntlxo0dIL

Speaking afterwards, Jurgen Klopp was full of praise for his side’s performance.

“It was a brilliant game,” he told BT Sport. “First half I liked a lot. We didn’t score, that is the only problem actually. But we kept them quiet, which is important because of the attacking threat that they are.

“We tried to create, tried to be direct, mix it up, all these kind of things, play through the lines, over the lines. We had a lot of good moments, no goals, true.

“In the second half we finished the situations off in a superb way. Both goals were outstanding. We wanted to score a third but from that moment on it makes sense that we control the game and that is what we did.”

Villarreal didn’t look like threatening a dominant Liverpool side, but Klopp warned that the tie was far from over ahead of their trip to the Estadio de la Ceramica.

“In football it is always the same. You show the respect to the opponent in the way that you defend them. That is what we did and I liked it a lot. The counter-press was outstanding. The boys were really in the game from the first to the last second and that is why we won. It is only half-time but it is better than before the game.

“Maybe for the second leg, Gerard Moreno will be back, maybe one more. This is not all and is not a problem, we knew this before that we had two legs. If it is 0-0 tonight we go there anyway so it is all fine.”

See also – Five of the most memorable Champions League semi-finals