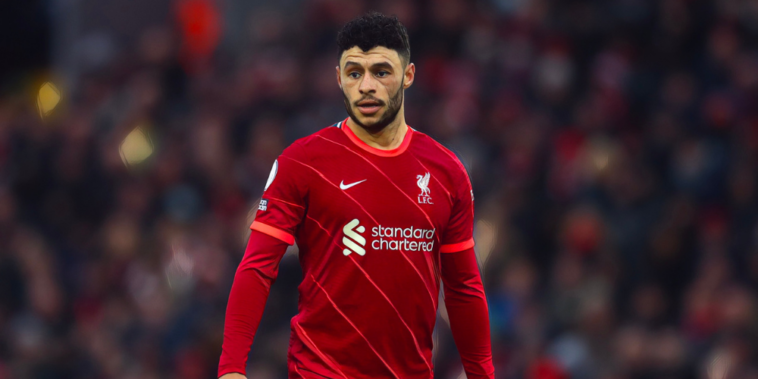 Attentions will soon turn towards the transfer market as we near the end of the Premier League season, with the rumour mill set to ramp up a gear once the dust settles on the 2021/22 campaign.

For some, the current season has been one of frustration and there will be a number of forgotten figures looking for a fresh start as the summer begins.

Each of the names on this list have seen their fortunes stall this season and we’ve picked out five Premier League players who desperately need a move this summer.

Bernd Leno has been handed a watching brief for much of the Premier League season, with the Arsenal goalkeeper having admitted he felt ‘bitter’ after being ousted from the side.

Leno began his fourth season with Arsenal as first-choice, but after the Gunners lost each of their opening three games of the season he was dropped in favour of summer signing Aaron Ramsdale.

Ramsdale has not looked back and has since emerged as a popular figure in North London, leaving Leno – who will have 12 months remaining on his contract at the end of the season – considering his options.

The 30-year-old has made just five further appearances since being dropped in August and the nine-cap Germany international has been tipped for a return to the Bundesliga.

Approaching potentially the peak seasons of his career and with the 23-year-old Ramsdale established ahead of him at the Emirates, Leno must target a move that will provide him with number one status.

His past performances at Arsenal have demonstrated he is too talented to spend another season on the sidelines.

All roads lead to an Anfield exit for Alex Oxlade-Chamberlain this summer, who has been unable to force his way into a Liverpool side competing on four fronts.

The 28-year-old has made 29 appearances in all competitions this season, but he has been pushed to the fringes in recent months and has started just nine times in the Premier League.

Since starting in the FA Cup quarter-final win over Nottingham Forest in March he has featured in just three of the subsequent seven squads named by Jurgen Klopp, including being a notable omission from the match-day squad for each of the past three Premier League fixtures.

Unbelievable character from everyone tonight! Proud to be a part of this team 🙌🏽 #ynwa pic.twitter.com/NHtVxaM2Bo

He was an unused substitute for the 3-3 draw with Benfica despite Liverpool choosing a rotated side, with James Milner included ahead of the midfielder in the Reds’ XI.

The improved form and fitness of Naby Keita and Thiago Alcantara have reduced opportunities in his preferred central role, whilst the addition of Luis Diaz has added another wide option to Liverpool’s ranks.

For much of Oxlade-Chamberlain’s time at Liverpool it has been fitness issues which have restricted his role, though his current struggles when fully fit are an indicator his standing in Klopp’s plans and the emergence of Curtis Jones and Harvey Elliott has only added to the likelihood of a summer exit.

It can be easy to forget that Ross Barkley is still a Chelsea player, given he has barely featured since returning from a loan spell at Aston Villa last season.

Barkley has made just one Premier League start and his five appearances in the division this season have totalled just 156 minutes, a huge fall from grace for a midfielder who was once a prominent part of Gareth Southgate’s plans.

The former Everton midfielder has appeared for England on 33 occasions but has not been capped since a European Championship qualifier against Bulgaria in October 2019.

Barkley has always had the talent, but has been unable to find form on a consistent basis and his time at Chelsea has been a major disappointment.

He will have 12 months remaining on his contract this summer and a departure is needed if he is to rediscover his form, a fresh start needed for a career that has stagnated at Stamford Bridge.

Dean Henderson emerged as a genuine threat to David de Gea’s number one status at Manchester United last season, sharing the goalkeeping responsibility with the Spaniard and making 26 appearances in all competitions.

This season has proven a different story with Henderson have been very much the club’s number two, starting just three games with none of those coming in the Premier League.

Erik ten Hag will have a decision to make on his goalkeeper and is understood to be an admirer of Henderson, having attempted to sign the 25-year-old on loan for Ajax in January.

However, De Gea has been one of the Red Devils’ most consistent performers across the past decade and looks set to win the club’s Player of the Season accolade for a fifth time this season, his shot-stopping remaining elite despite concerns over his distribution,

De Gea’s high wages also make a sale difficult and Henderson might have to move on if he is to keep his England ambitions alive.

Steven Bergwijn has been linked with leaving Tottenham after struggling for opportunities this season, the winger cutting a frustrated figure for much of the current campaign.

Bergwijn has started just four Premier League games and a crucial match-winning double off the bench against Leicester in January did little to improve his chances of a run in the side under Antonio Conte.

Steven Bergwijn didn’t need any space to beat his opponents 🪄

Dejan Kulusevski’s arrival and impressive start at Spurs has further damaged his hopes of regaining a place in the team and the 24-year-old spoke on his relief to be included in the Netherlands squad during during March’s international break.

Bergwijn has scored four goals across his past three appearances for the Dutch and will hope for a prominent role at the Qatar World Cup.

Earning a regular role at club level is a must for that to happen and Ajax have been credited with an interest in bringing the winger back to the Eredivisie.