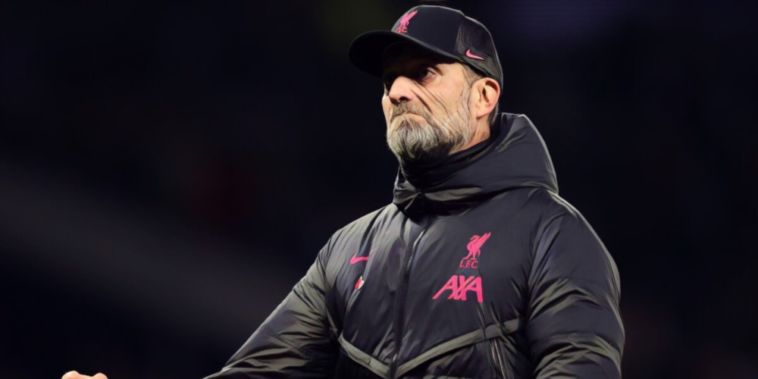 Bellingham is understood to high on Liverpool’s wish-list of transfer targets, but the Reds will face competition for the Borussia Dortmund midfielder from several of Europe’s top clubs with Manchester City, Chelsea, Manchester United and Real Madrid all interested.

The teenager enhanced his reputation with a run of impressive performances for England at the World Cup and Klopp was asked on whether a big-money deal is possible in the upcoming January transfer window.

“I am the wrong person to ask, I don’t know. January in our situation is a window where we are always prepared, that’s how it is,” Klopp said at his pre-match press conference ahead of Liverpool’s Boxing Day trip to Aston Villa.

“It’s clear what ideas we have and how the necessity is from our point of view. All the rest doesn’t lie 100% in our hands. We always work with what we have got and that will not change.”

Jamie Carragher this week commented that he ‘can see Liverpool spending up to £200m on their midfield in the summer’, as the Reds look to rebuild their side.

Klopp was asked whether he agrees with the former Liverpool defender’s assessment and admitted he would not be against significant investment this summer.

“Ooooh, it’s Christmas time huh? I don’t know about what amount of money you need exactly but I am not against investment to be honest.

“We will see what the future brings. Nobody knows in the moment but I’m convinced it will be good and the future is bright for us. At the moment we have to sort the present and that is what we are working on.”