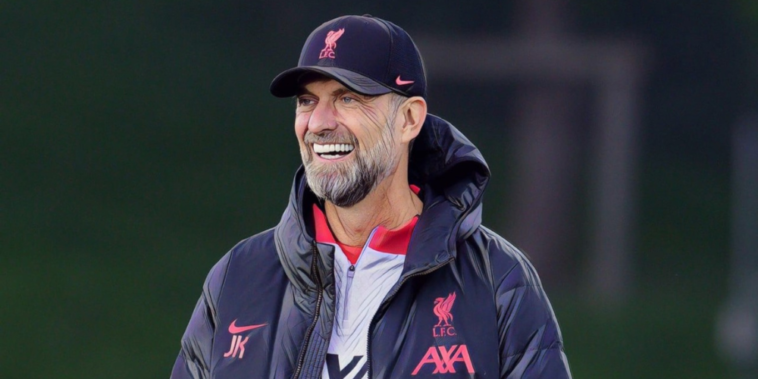 Jurgen Klopp says he is looking forward to the return of the Premier League ahead of an ‘intense’ period for Liverpool.

The domestic campaign resumes over the festive period with Liverpool travelling to face Aston Villa in the Premier League on Boxing Day.

The Reds have endured a difficult start to the campaign and are sixth in the table, seven points outside the Champions League places with a game-in-hand.

Klopp acknowledges that his side have ground to make up on the top four, but insists Liverpool are relishing the challenge ahead of their trip to Villa Park.

“All the players are back and look really on it. That’s really important. Some of them could regain confidence. We are really looking forward to what is coming up but we know it is intense.

“There are gaps between us and the much more exciting spots in the table but we consider ourselves in punching distance and we have to chase and that is what we will do. I saw good signs last night (3-2 Carabao Cup defeat to Manchester City). I was not happy with everything.”

The Boxing Day schedule will see Klopp come up against Unai Emery, who won back-to-back league games after his appointment at Aston Villa before the break.

Klopp’s side came up against Emery’s Villarreal in last season’s Champions League semi-finals and the German opened up on how he expects the Spaniard to set up his side.

“I think what you can expect is a specific type of football. He did an incredible job at Villarreal and what you saw in the first few games, we could see it looks quite similar because it’s a good way to play and it’s his way.

“We don’t know exactly what to expect but at least we have an idea how they will try to cause us problems so that’s what we prepare for.”