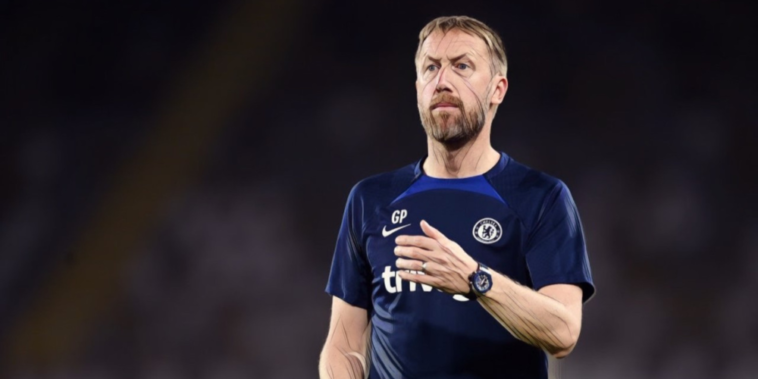 Graham Potter has admitted that Chelsea ‘were suffering a little bit’ before the World Cup and is hopeful the club can turnaround their form.

Potter’s bright start as Chelsea manager began to unravel before the pause in the Premier League season, as the west Londoners lost three consecutive league fixtures.

Chelsea’s first defeat under Potter’s reign came against the manager’s former side Brighton, before losses to Arsenal and Newcastle saw the Blues drop to eighth in the Premier League table.

Potter admits his team were struggling pre-Qatar, but believes his squad have benefitted from the break having had a chance to reset. Chelsea return to Premier League action against Bournemouth on December 27.

“It’s always nice to win, we know the situation, we know how important it is, we want to try our best,” Potter told his pre-match press conference.

“I think you have to go through moments sometimes – if you are honest we were suffering a little bit before the break in terms of the results weren’t what we wanted, performances weren’t so good either. Sometimes as a team, as a club you go through these periods.

“We went through one there and I could offer lots of explanations as to why but sometimes you have to accept they happen and you have to get through them and a break can help.

“Everyone can come back and reset and all the learning that has happened in that really intense period, you can consolidate and say how do we go forward and that’s been really beneficial.”