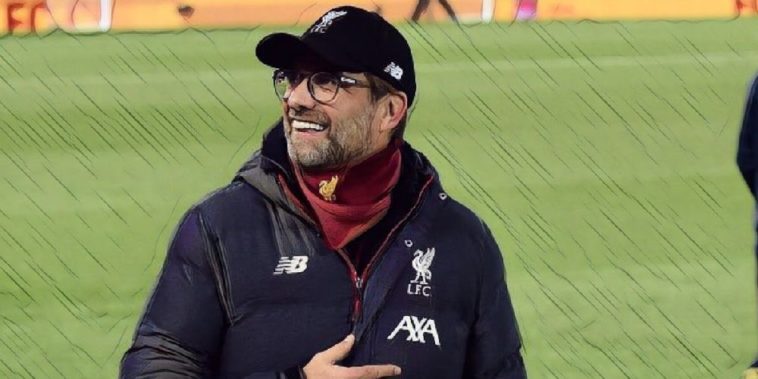 Jurgen Klopp insists his Liverpool players are focused on tonight’s Champions League clash with Genk and not this weekend’s huge meeting with title rivals Manchester City.

Liverpool face the defending Premier League champions at Anfield on Sunday, in a high stakes encounter between the division’s top two which could have huge implications on this season’s title race.

Despite the significance of this weekend’s fixture, Klopp insists his side are fully focused on Tuesday night’s home meeting with Belgian side Genk in the Champions League as they bid to take another step towards qualification for the knockout stages.

“You can say the words ‘Manchester City’, I only don’t think about them at the moment – why should I? That’s no problem. I don’t have to [tell the squad]. The story the boys wrote in the last three years was only possible because we were always focused on the next game completely with all we have,” Klopp said during his pre-match press conference.

“Nobody thinks [about City] in this moment – and I don’t have to tell them because I know them. Nobody has to tell the boys City are on Sunday, tomorrow is Genk. We have big ambitions in this competition and it is an open group, with still pretty much everything possible so we have to be 100 per cent spot on tomorrow night.

“We have to create an incredible atmosphere again, we have to make life as uncomfortable as possible for Genk, we have to make sure that we get these three points because that’s all why we’re doing this stuff. It only works if you’re 100 percent focused on it, everybody knows that. For the people in the stadium, it is very important they are in the game tomorrow night, for the players it is very important that we do that. I don’t doubt my players at all.

“I really would feel a bit embarrassed if I had to tell them, ‘By the way, boys, don’t think about Manchester City already.’ I know them well enough, I don’t have to do that.”