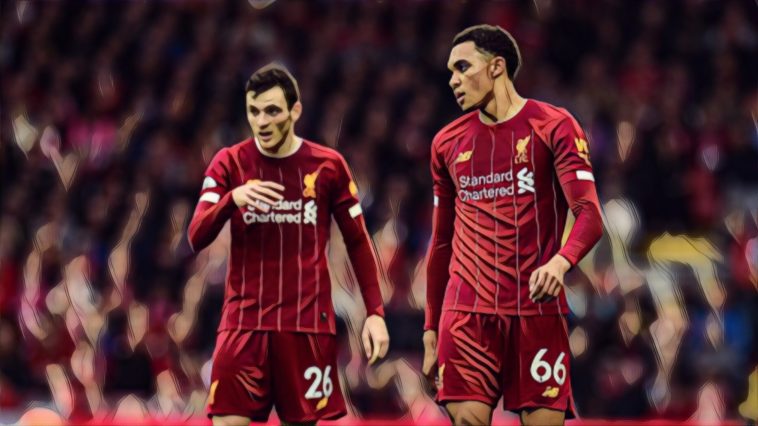 Jurgen Klopp is confident that full-backs Trent Alexander-Arnold and Andy Robertson will be fit to return for Liverpool’s clash with Tottenham this weekend.

The Premier League leaders host Mauricio Pochettino’s side at Anfield on Sunday, looking to maintain their six-point advantage over Manchester City at the top of the division.

England international Alexander-Arnold missed the midweek Champions League victory over Genk with a virus, whilst fellow full-back Robertson also picked up a knock in the 4-1 win over the Belgian side.

Klopp is confident the duo will both be fit ahead of a crucial meeting this weekend, but says Xherdan Shaqiri will once again miss out as he continues his recovery from a calf problem.

“I spoke with Andy and he is fine. Trent looked fine too. He was ill enough not to travel, which was not a good sign, but he seems to have recovered now,” Klopp said.

“Shaq I also spoke with. His muscle will take a longer time to heal.”

Tottenham Hotspur will come into the fixture with confidence increased having secured a 5-0 win over Red Star Belgrade in midweek, Harry Kane and Son Heung-Min both scoring twice in the emphatic win.

The North London outfit will be looking for a positive result following a disappointing start to the new season, and have a full bill of health to choose from aside from goalkeeper Hugo Lloris’ absence with a dislocated elbow.

See Also: Bohemians have overachieved yet again – but it’s no accident