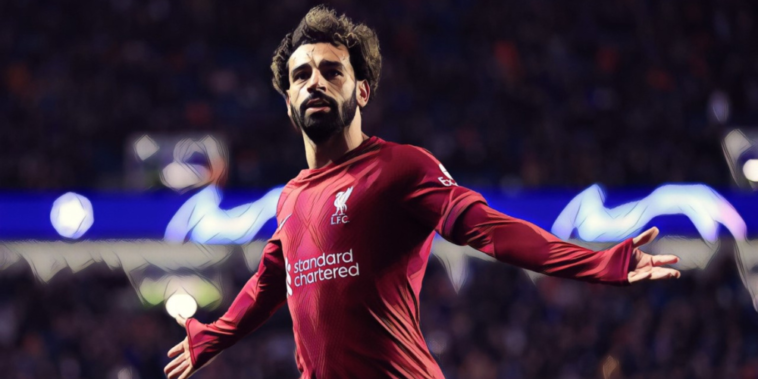 Jurgen Klopp has hailed Mohamed Salah as ‘special’ after the forward came off the bench to score a hat-trick in Liverpool’s 7-1 win over Rangers.

Salah came on as a substitute to score the fastest hat-trick in Champions League history at Ibrox, as Liverpool ran riot in the second half to secure an emphatic win over the Scottish side.

Salah’s treble came in just six minutes and 12 seconds, eclipsing the previous record set by Bafétimbi Gomis for Lyon against Dinamo Zagreb in 2011. His three goals also moved the 30-year-old to 38 goals for Liverpool in the Champions League, a new record for a player at a single English club.

Klopp was full of praise for the Egyptian, whose form has been criticised this season, and hailed the reaction of his side after defeat at Arsenal last weekend.

“Special. Typical Mo,” Klopp said at his post-match press conference. “Very important, the whole thing. How the boys adapted to it, to the positions, to the line-up, the reaction of the boys on the pitch.

“I thought everybody who started tonight played really well. I cannot think of one player who didn’t have a good game; the two kids of the right and left wing, really good, Fabio and Harvey. And then when you can change like we changed tonight, if you can do that, the boys come on and are ready to contribute and things like this can happen.

“It’s a freak result and we all know that and we don’t make more of it than we should, but obviously it is the best we could have asked for and that is why I am pretty pleased.”