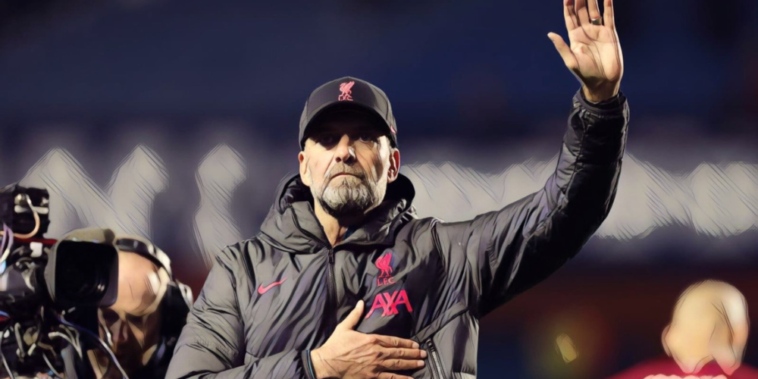 Jurgen Klopp says Liverpool’s thrashing of Rangers has ‘changed the mood’ at the club ahead of this weekend’s crucial clash with Manchester City.

Liverpool moved a step closer to the Champions League’s knockout rounds with a 7-1 win at Ibrox, as a ruthless second-half performance saw the Reds bounce back from a difficult run of form.

Roberto Firmino continued his strong start to the season with two goals, while Mohamed Salah came off the bench to score a hat-trick – the fastest treble in Champions League history at just six minutes and 12 seconds – to secure an emphatic scoreline in Scotland.

Klopp was delighted with his team’s performance and admits the result has lifted the atmosphere at Anfield. The Reds are tenth in the Premier League at present after a poor start to the campaign and face champions Manchester City on Merseyside this weekend.

“It changed the mood, definitely,” Klopp told the media at his post-match press conference. “It is completely different. We usually drink a beer after away games, but it is that long ago that I drank beer and I probably will be drunk after one!

“Yes, it changes the mood completely and that’s good, but we all know who we are welcoming [to Anfield] on Sunday and this will be a different game, we know that. It is better to go into a game with the feeling we’ve got tonight than any other.”