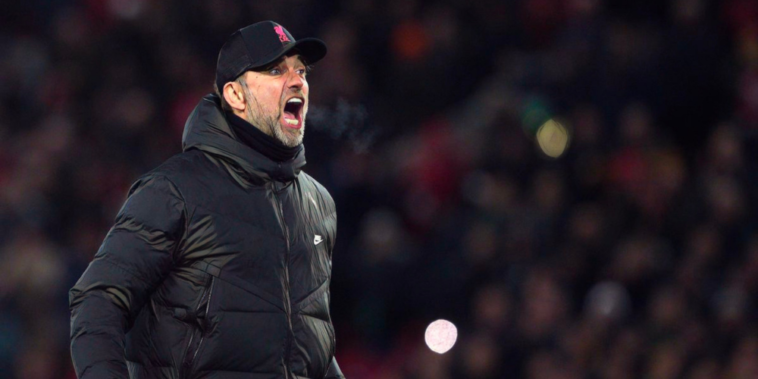 Jurgen Klopp has called on the fans to create a raucous atmosphere as Liverpool prepare to face Villarreal in the Champions League semi-finals.

Liverpool welcome Villarreal to Anfield for the first leg of their last four tie on Wednesday evening, as the Reds look to secure a positive advantage and reach a third Champions League final in five seasons.

The club’s last Champions League semi-final at home proved an unforgettable evening after an iconic comeback win against Barcelona in 2019, as Klopp’s side overturned a 3-0 deficit to reach the final.

The German is hoping for a similar atmosphere at Anfield this week and says both he and his players must be at their best to secure a result.

“We need a similar atmosphere and a big performance,” Klopp told his pre-match press conference.

“I need to be on top of my game, so do the boys, that is fine. If a semi-final in this competition would be easy, something would be really wrong. I can’t wait for it, to be honest.”

Liverpool remain in pursuit of four major trophies this season, having moved back within a point of Manchester City in the Premier League title race last weekend.

Klopp insists his focus is on one game at a time, however, with his full attention on a Villarreal team who have eliminated both Juventus and Bayern Munich to reach this stage.

“We don’t have to talk about other comps today because our focus is on Villarreal and the semis; it’s special. It’s crazy, a massive game. So many coaches/players work their socks off whole lives and no chance to be close to this. We have to cherish it and enjoy it.”