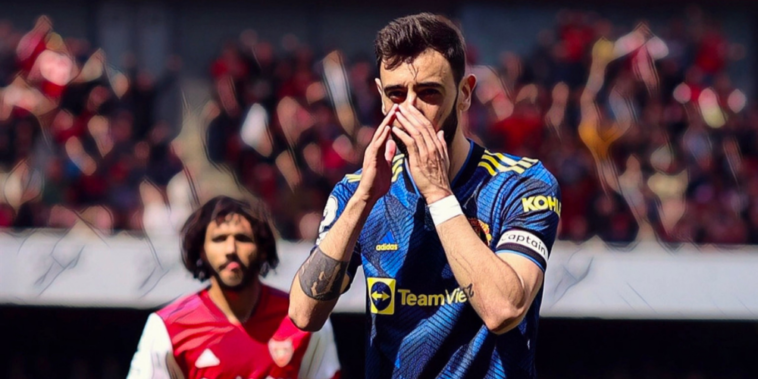 It’s as you were at the top of the division after wins for Manchester City and Liverpool this weekend, the latter overcoming a stubborn Everton to earn Merseyside bragging rights.

Manchester United’s hopes of a top four finish look all but over after losing at Arsenal, who leapfrogged Spurs into fourth after Antonio Conte’s team were frustrated at Brentford.

Elsewhere Burnley climbed out of the bottom three after beating Wolves to record successive wins, whilst Chelsea left it late to edge past West Ham.

Here are our Heroes and Villains from the weekend’s Premier League action.

Gabriel Jesus issued a response to the speculation surrounding his future with a brilliant performance for Manchester City this weekend, scoring a first ever Premier League hat-trick – as part of a four-goal haul – in a 5-1 win against Watford at the Etihad.

Jesus has been linked with an exit as the champions close in on Erling Haaland and issued a reminder of his quality with masterclass in finishing.

The Brazil international turned in two instinctive close-range finishes before adding a third from the spot, having also teed up Rodri’s goal in a display that saw the star involved in all five goals.

He added a fifth goal for City – and his fourth – after a well-worked one-two with Kevin De Bruyne and interested clubs will be well aware of the attributes the 25-year-old could bring to their side.

Jesus has not quite evolved into the player many had hoped upon his arrival in England, but a return of 86 G/A in 95 league starts is a superb return and it is little surprise to see Arsenal among the clubs reportedly considering an approach this summer.

There were positives for Frank Lampard to take this weekend despite Everton’s 2-0 defeat at Liverpool, a result which saw the Toffees drop into the Premier League’s relegation places.

The performance of Allan, however, was not one of those.

Allan completed just two passes in an entirely ineffective showing during his 73 minutes on the pitch at Anfield, both of which remarkably came from kick-off.

Allan completed two passes all game and they were both from the kick-off 😂 pic.twitter.com/BOgHKDsOMp

Lampard will need more from one of his most experienced players if Everton are to escape the bottom three and climb to safety.

Nathan Collins has grown into his role at Burnley in recent weeks, forming a fine partnership with James Tarkowski in the absence of Ben Mee.

The 20-year-old has helped the Clarets to nine points from their last three fixtures, including back-to-back wins and clean sheets after this weekend’s 1-0 victory over Wolves.

Having scored in the win over Southampton last time out, the centre-back was defensively assured against Wolves and ended the contest with three duels won and five ball recoveries.

Burnley have now taken results in eight of the 13 Premier League games that the defender has started this season and his £12m arrival from Stoke last summer looks a shrewd signing, regardless of which division the Clarets end up in next season.

Bruno Fernandes has endured a spectacular fall from grace at Manchester United this season, with the midfielder having often looked a shadow of the star who emerged as the driving force in the Red Devils’ side.

Fernandes produced one of his worst showings of the season in the club’s 3-1 defeat at Arsenal this weekend, finding himself at the centre of the action for all the wrong reasons.

The 27-year-old missed the chance to equalise with a poor penalty rolled against the post and was fortunate to escape a red card for a late challenge on Nuno Tavares. Fernandes also squandered possession in a dangerous area in the build-up to Arsenal’s third goal and his form has been a major factor in the Red Devils’ disappointing season.

Among the chief tasks for Erik ten Hag will be revitalising Fernandes, who has fallen from a status as one of the Premier League’s most effective players to a frustrated figure on the periphery of games.

Everton must have feared the worst as Divock Origi entered the fray in the 60th minute at Anfield, a forward who has struggled for regular first-team football at Liverpool but has so often saved his best for clashes with their Merseyside rivals.

Within two minutes the Belgian had been involved in the game’s opening goal as Andy Robertson broke the deadlock, before finding himself in the right place at the right time to head home a second.

It’s now six career goals for Origi against Everton, a haul which moves him level with Robbie Fowler and behind only Steven Gerrard for Merseyside Derby goals for Liverpool in the Premier League era.

Origi is expected to move on at the end of the season when his contract expires, having failed to start a Premier League game this season, and Liverpool will miss his ability to come in from the cold and help turn the tide of games.

In what looks set to be his last Merseyside Derby, Origi – fittingly for a forward who has earned cult hero status for crucial interventions in big games – made one last telling contribution.

Watford aren’t the first team to be punished heavily at Manchester City and won’t be the last, but the manner of their loss at the Etihad exhibited just why the Hornets are hurtling back towards the Championship.

It took less than four minutes for City to open the scoring and the champions ended with five, as Gabriel Jesus scored four of his own and tormented the outclassed and outworked combination of Samir and Christian Kabasele at centre-back.

Roy Hodgson’s appointment has done little to improve the solidity of a side who are not equipped to preserve Premier League status and a return to the Championship looms.

It was, at the very least, an improvement on their last visit to the Etihad after an 8-0 defeat at Manchester City in 2019.

No team has ever avoided relegation after failing to win in their opening 14 games, though Newcastle are set to buck that trend in some style.

Rooted to the bottom of the Premier League and six points from safety on December 2, the Magpies are now ninth in the division after a miraculous turnaround under Eddie Howe.

Newcastle’s investment under the new ownership in January will take some of the credit from Howe, but there is little doubt the former Bournemouth boss has done a remarkable job both in terms of sensible recruitment and player improvement.

Joelinton – who scored twice in the 3-0 win at Norwich this weekend – has been a player reborn in recent weeks, whilst underperforming assets in Joe Willock, Ryan Fraser and Emil Krafth have enjoyed upturns in form since Howe’s arrival in November.

Across the last 12 matches only Liverpool and Manchester City have taken more than Newcastle’s 25 points and the club’s long-suffering support can now look forward to next season with optimism.

Having finally looked to have found their rhythm in the top four race, Spurs have stuttered once again.

The North Londoners have failed to score in back-to-back games with Brighton and Brentford, after a free-scoring period in which the trio of Harry Kane, Son Heung-Min and Dejan Kulusevski looked set to fire the side into the Champions League.

Spurs face Leicester, Liverpool and a North London derby clash with Arsenal in their next three and Antonio Conte must find a way to get his side back firing and on form.

The rumours that Conte is keen on the PSG job should it become available is an unwanted distraction and perhaps speculation fuelled by a manager frustrated with his side’s inconsistencies this season.