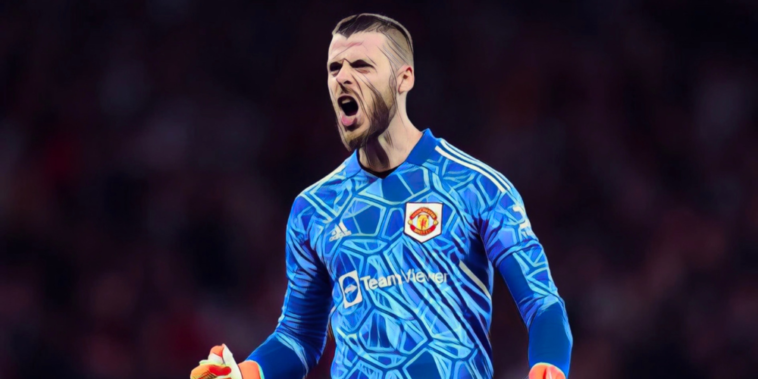 Juventus are considering a move to sign David de Gea on a free transfer with the goalkeeper’s Manchester United contract set to expire at the end of the season.

De Gea is into the final 12 months of his deal with the Red Devils and his future with the club is uncertain. The Spaniard is the club’s second-highest earning player behind Cristiano Ronaldo and Erik ten Hag is understood to be considering allowing the shot-stopper to depart next summer.

There remain reservations over De Gea’s distribution and ability with the ball at his feet and United are weighing up whether to allow the goalkeeper – whose weekly wage is understood to be in the region of £300,000-a-week – to leave.

According to the Daily Mail, Juventus are considering making an approach for the 31-year-old, who has spent more than a decade at Old Trafford.

Juventus signed Paul Pogba on a free transfer from United during the summer and could make a move to bring De Gea to Turin, as the Italian side once again target the free agency market.

United were this week linked with a move to sign Jordan Pickford from Everton as a potential replacement, while the Red Devils have Dean Henderson on loan at Nottingham Forest this season.

Forest do possess an option to turn the England international’s loan into a permanent deal for a fee of around £20m.