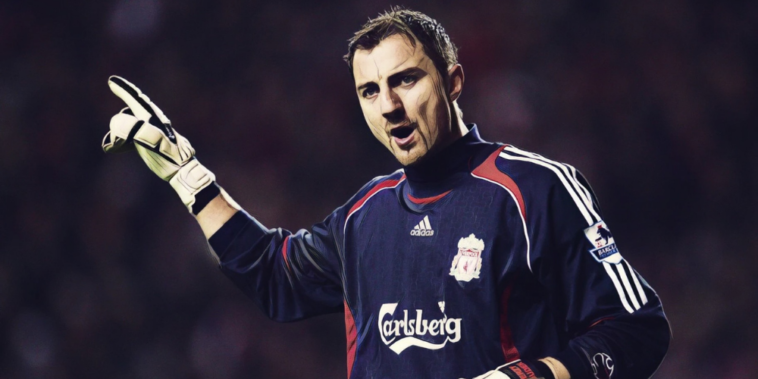 England face Poland this evening in World Cup qualification, a meeting between the two favourites to secure qualification to the 2022 tournament in Qatar.

Poland have produced some fine footballers in recent years with key man Robert Lewandowski arguably the finest talent in the game at present, the Bayern Munich superstar named as The Best FIFA Men’s Player for 2020 after inspiring the Bundesliga side to treble success last season.

Ahead of tonight’s clash at Wembley we’ve decided to look at some of the country’s best exports to England, here are five of the best Polish players to play in the Premier League.

Jerzy Dudek retains a special place in the affections of Liverpool fans following a six-year spell on Merseyside, the highlight of which was the goalkeeper’s heroics in helping the Reds to Champions League success in 2005.

Dudek signed from Feyenoord following a hugely impressive spell in the Eredivisie, winning the Dutch league title and becoming the first foreign player in history to win the division’s Golden Shoe award.

Dudek arrived on Merseyside alongside fellow goalkeeper Chris Kirkland but quickly established himself as the club’s number one, helping the side to the division’s best defensive record and a runners-up finish in his maiden campaign.

Errors crept into the goalkeeper’s game the following season including a nightmare performance against arch-rivals Manchester United at Anfield, though he recovered to star as the same opposition were beaten in the League Cup final later that season.

The highlight of his career with the club came on that fabled night in Istanbul however, producing an extraordinary double save to deny Andriy Shevchenko in extra-time of the Champions League final, before saving spot-kicks from Andrea Pirlo and Shevchenko – aided by the spaghetti-leg style made famous by Bruce Grobbelaar – to crown Liverpool champions of Europe.

The second of three goalkeepers to make our list, Wojciech Szczesny is a player Arsenal will no doubt be regretting allowing to slip through their fingers.

Szczesny signed for the north London side and was integrated into their youth set-up as a teenager, working his way through the ranks at the Emirates before his first-team bow in 2009.

The shot-stopper spent time on loan with Brentford before establishing himself as a regular and made 181 appearances in all competitions for Arsenal, winning the Premier League’s Golden Glove in 2013/14.

Inconsistency and off-field indiscretions – including being caught smoking in the changing room – saw Arsenal seek a more experienced replacement for the Pole, who was allowed to leave on a two-year loan to Roma before signing for Juventus on a permanent basis.

Szczesny’s time in Italy saw him keep Alisson Becker out of the Roma side before replacing the irreplaceable Gianluigi Buffon at Juventus, winning three consecutive league titles and establishing himself as one of the best goalkeepers in Serie A.

He will return to England as Poland’s number one this evening and as a case of what might have been for the Gunners.

Once a competitor to Szczesny at Arsenal and current international teammate, Lukasz Fabianski has been a reliable goalkeeper for several Premier League sides throughout his time in English football.

Fabianski spent seven seasons with the Gunners without ever securing his place as an automatic first choice, moving on to Swansea in search of regular first-team football and impressing during four seasons in South Wales, winning the club’s Player of the Season accolade in 2017/18.

Arguably the best performances of the 35-year-old’s career in English football have come since moving to West Ham, where the veteran has proven a commanding presence as the Hammers’ last line of defence.

Fabianski was named as West Ham’s Player of the Season in 2018/19 and is currently an important part of David Moyes’ improving side as they push towards a top-four finish and Champions League qualification this season.

Amongst the current Poland internationals currently playing in the Premier League, Jan Bednarek has won 28 caps for the national side and will form part of the travelling squad for tonight’s clash with England at Wembley.

Bednarek signed for Southampton in a £5.4m deal from Lech Poznan in 2017 and after featuring sporadically during his debut season has become a fixture in the side at St Mary’s.

The 24-year-old has racked up over a century of appearances for the Saints and has started every single league fixture under Ralph Hasenhuttl this season, forming a centre-back partnership with Jannick Vestergaard in 2020/21.

His performances over the past three campaigns were rewarded with a new long-term deal in December and Bednarek will be hoping Southampton can regain their form over the Premier League’s run-in after seeing a bright start to the season fade.

Mateusz Klich has formed part of an exciting Leeds side who have made a fine return to the Premier League this season, the midfielder’s energy and tenacity setting the tone for Marcelo Bielsa’s side.

The 30-year-old was instrumental during the side’s promotion-winning season and has handled the step up in fine fashion, scoring three goals and providing a further five assists in 29 league appearances this season.

Klich’s all-action style is tailor-made for Leeds’ pressing play with the midfielder never allowing opponents a moment’s rest, his running power adding a different dimension to the side both defensively and offensively when breaking forward.

However, Klich’s presence in the engine room will be missed for the visitors when they take on England in World Cup qualification this evening, the midfielder ruled out of the clash after testing positive for coronavirus last week.