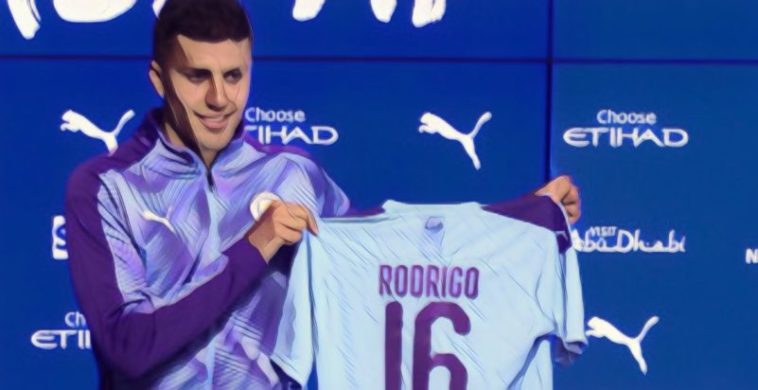 The Spanish can’t half produce some talent, with the national side having enjoyed unprecedented dominance a decade ago after years of underachievement.

The nation helped revolutionise modern football with their ‘tiki-taka’ brand of passing, and the conveyor belt of talent being produced is showing no sign of letting up.

Club’s have scrambled to secure the finest Spanish stars in recent years, with several trading clubs for mega-money fees.

Here are the five most expensive Spaniards in football history…

Emerging as a ‘boy-wonder’ at Atletico Madrid, ‘El Nino’ was made captain of his local side aged just 19 and soon developed a burgeoning reputation within Spanish football.

With Atletico undergoing a transitional period, Torres left to join Liverpool as he sought a club where his ambitions could be fulfilled. He was an instant hit at Anfield, enjoying a prolific three-year spell and become a firm fan’s favourite.

After scoring 81 goals in 142 appearances for the Merseyside club, Premier League rivals Chelsea splashed a British transfer-record £50m to take the forward to Stamford Bridge.

Torres never quite recaptured his finest form in West London, though he did help the Blues to a Champions League and FA Cup double in 2012.

Electric in his younger years, he was never the same player following his big-money move and had an indifferent loan at AC Milan before returning to Atletico Madrid in 2015. A Europa League triumph at his boyhood club was the perfect send-off, before he finished his career with a spell at Japanese side Sagan Tosu before retiring in 2019.

An aggressive, snarling presence in any forward line, Diego Costa would be a shoe-in for any sh*thouse XI. Despite his penchant for the ‘dark arts’ of the game, the Brazilian-born Spanish international is certainly a talented player.

Having impressed at Atletico Madrid, Costa joined Chelsea where he enjoyed a successful three-year spell, winning two Premier League titles before his prickly persona got under manager Antonio Conte’s skin.

Former club Atletico were at the front of the queue to sign their former star, paying a record fee to bring the forward back to Spain. His second spell hasn’t quite been as successful for Diego Simeone’s side, Costa having scored just five league goals since his return.

Having predictably fallen out of favour at the Wanda Metropolitano, Costa is today being linked with a move to Everton, something we can all agree would be great fun to watch.

For all the abundance of talent that Spain has produced in recent years, it seems there have been rather more misses than hits on this particular list.

Alvaro Morata arrived at Chelsea looking to become the Blues number one forward, but after a bright start to life at Stamford Bridge his form took a serious nosedive.

The £60m man managed 11 league goals in his first season in the Premier League, respectable if not impressive, though he fell out-of-favour with his confidence shot after a series of poor displays.

Having failed to reignite the form which persuaded Chelsea to splash out on securing his signing, he was loaned to Atletico Madrid. The Spain international has now made his move to Atletico permanent, though we expect few Blues fans will be particularly concerned by his departure.

Manchester City’s search for a long-term replacement for Fernandinho saw them settle on a deal for Atletico Madrid midfielder Rodri, with many likening the Spaniard to Barcelona star Sergio Busquets.

Having been released by Atletico as a youngster over concerns over this physical strength, the defensive midfielder shone once being handed first-team football at Villarreal.

Having impressed for the ‘Yellow Submarine’ he rejoined Atletico, but after just one season back in the Spanish capital he was on the move again.

Pep Guardiola has a particular fascination with midfield talent, and decided to splash a club-record £62.8m to bring Rodri to the Premier League.

City will hope the Busquets comparisons ring true when the Spanish international begins life at the Etihad next season.

Thibaut Courtois’ desire to leave Stamford Bridge left Chelsea on a frantic search for a goalkeeping replacement, with the Blues hierarchy settling on a deal for talented, young shot-stopper Kepa.

The Athletic Bilbao goalkeeper was developing a reputation as a promising talent in La Liga, and Chelsea were made to pay a premium to bring the Spaniard to the Premier League.

The £71.6m deal broke the world-record transfer fee for a goalkeeper, with Kepa penning a long-term deal.

The Spanish international’s debut season was mixed, though he showed enough promise to indicate he could be a fixture in the side for years to come. An on-field disagreement with manager Maurizio Sarri during the Carabao Cup final failed to cover him in glory, however, the dispute was soon settled and he returned to the first-team, helping Chelsea to Europa League success.

A fee of £71.6m may seem excessive for a fairly unproven goalkeeper, however, at 24 Kepa has room to improve into one of Europe’s finest.

He secured a 3rd place finish in the @premierleague and wrapped up the @EuropaLeague title in his first season at @ChelseaFC, but it was not always plain sailing for Maurizio Sarri at the club…⛵🔵

Remember when Kepa refused to be substituted in the Carabao Cup final!? 😳 pic.twitter.com/32Sypfucnq