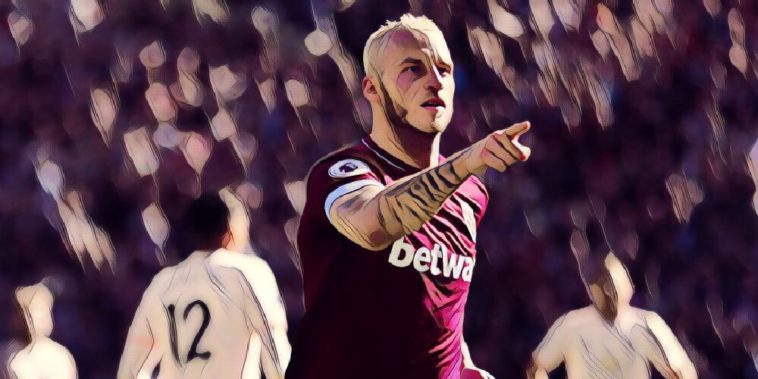 New Inter boss Antonio Conte has identified the 30-year-old as he looks to strengthen his squad this summer, with the Italian side having secured qualification for next season’s Champions League.

Arnautovic, who had a  loan spell with Inter in 2009/10, wanted to move to China in January with Manuel Pellegrini’s side rejected two bids for his services.

According to the Sun, West Ham could now be willing to part with the Austrian as they seek to raise funds for their summer activity and bid in the region of £30m could tempt them to sell.

Arnautovic is reported to be one of a number of forwards Conte is targeting as he bids to build a squad to end Juventus’ dominance of Italian football.

Inter have agreed a deal to sign Edin Dzeko from Serie A rivals Roma, the Bosnian having enjoyed a prolific spell in the Italian capital having signed from Manchester City in 2015.

Inter have also been linked with a move for Manchester United’s Romelu Lukaku, with the Belgian reportedly keen on a move to the San Siro.

Former Chelsea manager Conte had been interested in signing Lukaku during his first summer at Stamford Bridge, only for United to blow the Blues out of the water with a £75m deal.

Inter reportedly need to raise £40m to comply with Financial Fair Play regulations, and a deal for Lukaku would likely have to see funds raised from player sales if Inter are to find a suitable financial package.

See Also: Five of the Premier League’s hardest men ever