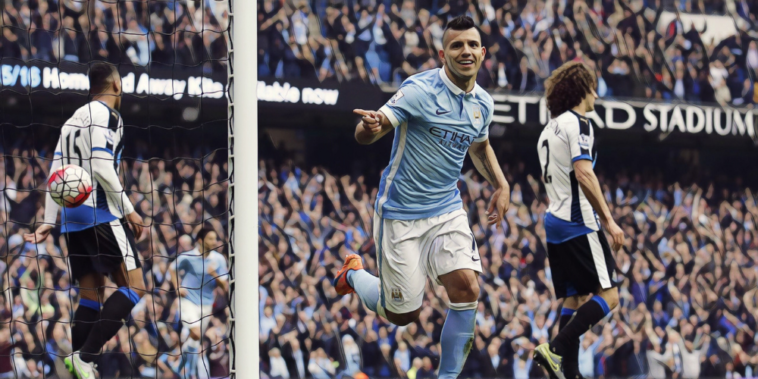 Premier League fans often pride themselves on declaring England’s top tier as the most competitive domestic division in world football.

The accuracy of such statements is unclear given just seven sides have been crowned champions in the division’s near three-decade existence, but there is a general consensus that games are often even and upsets more commonplace than in European equivalents.

Despite this, there have been plentiful incidents in which two teams who share the same division have been of completely contrasting class, including an early October afternoon in which a Sergio Aguero-inspired Manchester City ran riot against Newcastle at the Etihad.

City have become the dominant force in the English game across the past decade, attracting names from across the continent to join a burgeoning project and often playing a brand of football that has turned once jealous eyes into admirers.

Amongst the transformative early signings of their ownership’s regime was the capture of Aguero from Atletico Madrid, a promising forward with a growing reputation who took just two goals and a handful of debut touches to announce himself on the Premier League stage.

Aguero’s magnificent maiden campaign – which ended with that title-winning goal in stoppage-time – had already etched his name into Etihad folklore, though the goals showed few signs of slowing as a second league title was collected in 2013/14 and a Golden Boot accolade the season after.

When Newcastle travelled south to face City in October 2015, the Magpies arrived in Manchester without a league win and faced with the prospect of containing last season’s leading scorer.

Aleksandr Mitrovic’s goal had appeared to strengthen the narrative that anything was possible in the Premier League, as Steve McClaren’s struggling side held a shock lead for much of the opening period.

Newcastle had perhaps shaded the first 45 minutes in an encouraging performance, but the side’s went into the interval level as Aguero netted a close-range equaliser three minutes before the break, heading home Fernandinho’s knockdown.

Whilst normal service may have been resumed, there was nothing ordinary about what was to come.

City – presumably on the receiving end of half-time rocket – attacked with renewed vigour after the break, their reward coming just four minutes into the second period and through a familiar source.

David Silva’s threaded pass found Aguero, who squared up the back-peddling Fabricio Coloccini on the edge of the Newcastle penalty area. Using his signature low-centre of gravity, he feigned right, the dropped shoulder fooling Coloccini, with Aguero stepping inside and firing home a left-footed effort, one which found the net following a fortuitous deflection.

Sensing vulnerability in the visitors like a shark alerted to the blood of potential prey, City continued to attack and within seconds their advantage had doubled, Kevin De Bruyne’s through ball instinctively lifted over the goalkeeper by the predacious Aguero, a quick-fire second-half double sealing the match ball.

As confidence drained from a Newcastle side in the midst of capitulation, City were merciless in their approach, adding a fourth through De Bruyne’s improvised effort – their third goal in just eight minutes since the restart.

With the game undoubtedly won, it could be forgiven should City step off the accelerator, but the rampant hosts remained on full throttle with Aguero in punishing mood.

He scored his fourth and City’s fifth in exquisite fashion just minutes later, a terrified Newcastle defence affording the Argentine too much shooting space as he jinked inside from the left.

Afraid to get too tight and concerned with stepping off, the indecision granted Aguero a chance he was not going to waste, curling an excellent finish beyond the despairing Tim Krul from just outside the area.

David Silva and De Bruyne combined before the latter’s low cross was an invite Aguero willingly accepted, sliding in to slam home his fifth and write a new chapter into his Premier League legend.

Aguero’s five-goal showing had come across just 23 minutes either side of the half-time interval, unsurprisingly scoring five goals faster than any of his aforementioned predecessors.

Newcastle’s performance had gone from spirited to shambolic in quick-fire fashion, overwhelmed and outclassed by a forward operating at the peak of his predatory powers.

Manuel Pellegrini’s withdrawal of Aguero soon after his fifth goal prevented more misery for the Magpies and potentially a Premier League record, with the tormented travelling support rising to applaud the forward, well in the knowledge that their side had been victim of a virtuoso performance.

Remarkably, Aguero had headed into the clash without a goal from open play in 595 minutes in all competitions, whilst he had failed to score any Premier League goal since City’s win over Chelsea in August – a drought of 424 minutes.

He touched the ball on just nine occasions between the 42nd and 62nd minutes, five of which resulted in goals.

From a barren run to a brilliance that no forward has replicated in the seasons since, it was all in an afternoon’s work for the greatest overseas goalscorer in Premier League history.