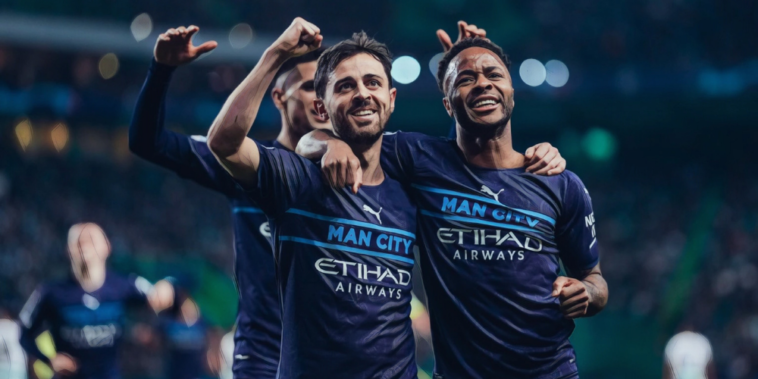 We’ve reached the knockout rounds of the Champions League and the four Premier League sides all remain in with a chance of being crowned champions of Europe.

Manchester City and Liverpool took huge strides towards the quarter-finals this week after winning at Sporting Lisbon and Inter Milan respectively, with Chelsea and Manchester United in action next week as they too bid to take a first leg advantage.

Last season saw the third ever all-Premier League final as Chelsea beat Manchester City and the English sides are once again considered amongst the Champions League favourites.

After the last-16 action got underway, we decided to look at how the bookmakers assess the chances of each English side in the competition. So for those of you who like to bet online and are interested in the latest casino bonus codes, let’s take a look at the odds…

Manchester United have been priced at distant odds of 18/1 to win the Champions League this season, in what would represent a sizeable shock for a side that has struggled for consistency this season.

The Red Devils topped a straightforward group to reach this stage and have been paired with Atletico Madrid in the last 16, with the Spanish champions having also endured an indifferent campaign.

The appointment of Ralf Rangnick as interim manager has failed to galvanise the squad as hoped, despite losing just one of his 13 league fixtures in charge, their run punctuated by a number of disappointing draws.

On repeat in 𝒆𝒗𝒆𝒓𝒚 single angle 🔄🌟

United’s summer signings have struggled to make the desired impact so far this season, with Jadon Sancho taking time to adjust and Raphael Varane having been plagued with fitness issues.

There are also question marks surrounding Cristiano Ronaldo’s role and performances, though the five-time Ballon d’Or winner has saved his best for the Champions League this season, scoring six goals in five appearances to fire the side through to the last 16.

United have not progressed past the quarter-finals since finishing as runners-up in 2011 and it would come as a surprise to see the Red Devils reach the latter stages ahead of what should be a tight tie against Atletico.

Chelsea are the reigning European champions after winning the Champions League last season, though the west Londoners are fifth favourites in the bookmakers’ betting odds.

The Blues caused a shock to emerge as winners of the tournament last season, with Thomas Tuchel’s mid-season appointment proving inspired as the German led Chelsea to their second European crown.

Chelsea boast one of the deepest squads in Europe, but there has been an inconsistency in their showings including a run of just one win in five league games to fall adrift in the Premier League title race.

Tuchel’s side also have just two clean sheets from their past 12 league games, a concerning statistic given their Champions League success was built on a strong defensive foundation.

Chelsea are expected to reach the last eight after being drawn to face Lille in the first knockout round and have shown their capability to upset the odds in this competition.

Liverpool are 4/1 second-favourites to win the Champions League this season, with a 2-0 win at Inter Milan having put the Reds in a commanding position to reach the quarter-finals.

Jurgen Klopp’s side progressed from the group stage with a perfect record of six wins from six, before beating the Italian champions in a hard-fought result to emphasise their credentials.

The winter window signing of Luis Diaz has added another option to the club’s attack and Liverpool now boast the depth to compete on multiple fronts, with the Reds still seeking to catch Manchester City in the Premier League title race.

Liverpool retain much of the core that won the 2019 Champions League and have the experience to go deep into the competition, as the Merseysiders seek a third final appearance in five seasons.

Manchester City are the bookmakers’ favourites to win the Champions League this season, having finished as runners-up to Chelsea in last season’s competition.

Pep Guardiola’s record in the tournament has been questioned since leaving Barcelona, with City having endured a series of disappointing exits before reaching a maiden final in 2021.

Guardiola will hope lessons have been learned as City look to end the club’s wait for an elusive European title, having issued a statement of intent with a 5-0 thrashing of Sporting Lisbon on Tuesday evening.

The first team in #UCL history to win five consecutive away games in the knockout stage of the competition 🤩#ManCity pic.twitter.com/WDF1bDGQ4h

City are moving effortlessly towards another season of success at present, sitting nine points clear at the top of the Premier League and with one foot in the Champions League’s last eight.

Boasting the Champions League’s most talented squad and a manager hell-bent on ending both his and the club’s wait for success in Europe, City will take some stopping in their bid to be crowned champions of Europe.