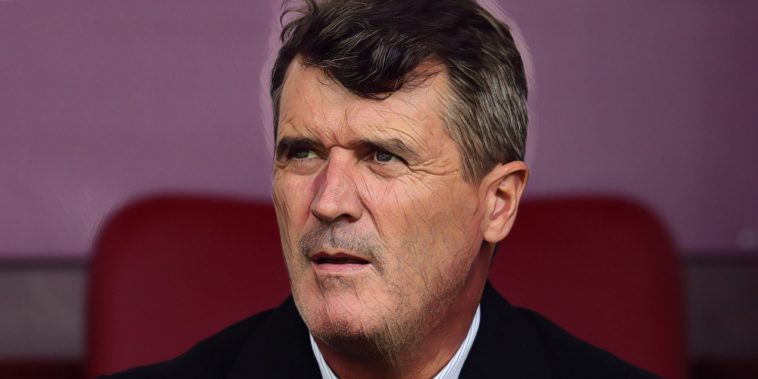 Roy Keane says he’ll ‘never’ manage Manchester United and has explained why he rejected a return to Sunderland.

Keane has been out of management since leaving Ipswich in 2011, but has held a long-standing ambition to return to the dugout should the right opportunity present itself.

One opportunity the Irishman insists will ‘never’ happen is a return to Manchester United, however, admitting his CV ‘wouldn’t warrant’ a chance at his former side, with the Red Devils currently searching for a new permanent manager.

“That’s never going to happen,” he insisted at The Overlap Live.

“My CV wouldn’t warrant it – it’s as simple as that.

The 50-year-old was a popular figure during a previous spell with the club between 2006 and 2008, guiding Sunderland to promotion to the Premier League.

He admitted money was a factor in the talks breaking down, with the Black Cats appointing Alex Neil following failed discussions with Keane.

“As usual it came down to money!” he admitted.

“There’s always offers of work, but the deal just didn’t fall into place.

“There’s lots of pitfalls as an ex-player, but you’ve got to keep yourself busy. But everything has got to be right, the contract and the challenge.

“I’ve spoke to a lot of clubs but they’ve not been the right fit.”

Keane reflected on his managerial career so far and reiterated his desire to return, but conceded it would not be ‘the end of the world’ should another suitable challenge not arrive.

“I did ok at Sunderland, it wasn’t easy at Ipswich, but I’d like to get back into management,” he admitted.

“But there’s some brilliant managers out there and it’s not easy. But if I don’t get another chance then it’s not the end of the world.”