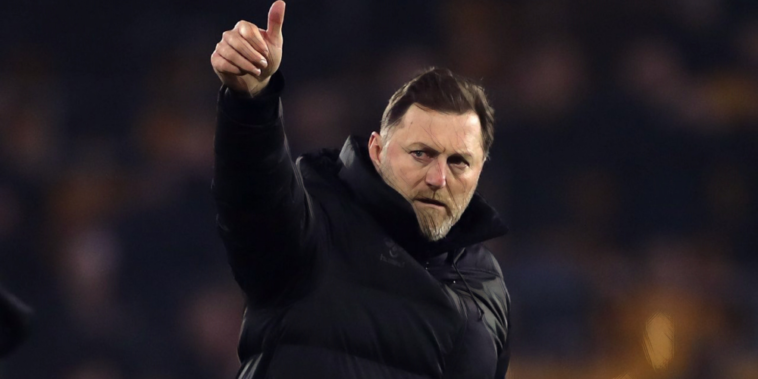 Ralph Hasenhuttl says he is not interested in discussing links to Manchester United with the Southampton manager refusing to comment on his future.

Hasenhuttl has been tentatively linked with becoming the next permanent manager of Manchester United, with the Austrian having previously worked with Ralf Rangnick at RB Leipzig.

Rangnick is in interim charge of the Red Devils at present, but will move into a consultatory position at the end of the season, working alongside the club’s next permanent manager.

Hasenhuttl has won admirers for his work at Southampton, who are tenth in the Premier League and have lost just once in their past eight Premier League fixtures after a 1-1 draw at Old Trafford last weekend.

The 54-year-old, who has suggested he could retire at the end of his Southampton contract in 2024, has seen his credentials championed this week, with Saints’ defender Jan Bednarek having claimed Hasenhuttl could manage “the biggest teams in the world”.

Speaking ahead of Southampton’s clash with Everton this weekend, Hasenhuttl was keen to play down the speculation and insists his focus remains on achieving results at St Mary’s.

“This is not in my mind and not the things that are interesting me. I don’t want to speak about my future every week,” he said at his pre-match press conference.

“Last week we spoke about some different stuff, this week we should speak about our game with Everton. This is more interesting for me and my whole energy and focus is on this game. Everything else, I’ll leave to you.”