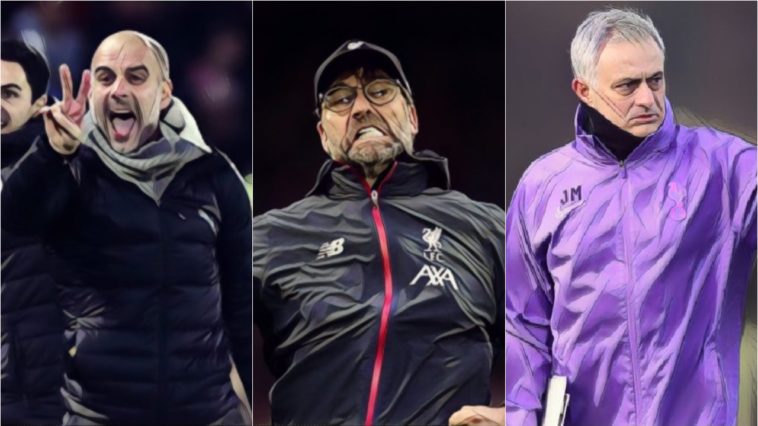 Top level football is a lucrative business and if you’re a manager at a major club then you’re getting very well paid.

With so much at stake in the upper echelons of the sport, then it is hardly surprising that clubs are so willing to spend a lot of money on the main man responsible for how well the squad plays and guiding them to glory.

The names listed here won’t surprise you – they are the cream of the crop and have proven themselves to be master operators in their field. They are coveted assets by their clubs, who know the value of a truly great manager.

The top five highest paid football managers in the world:

It’s kind of wild that the manager who has more Champions League trophies than anyone in the past decade, and the joint-most of any manager ever, is only the fifth best-paid in the world at his job. Considering Real Madrid begged him to come back last season after the team performed dreadfully after he left, you would think Zinedine Zidane might have gotten a bigger salary out of club president Florentino Perez.

Still, €16.8m per annum is a tidy wage packet all the same. The French midfielder has proven himself to be a genuinely top-class manager since returning, turning Los Blancos into a strong defensive unit while managing to keep a rather large cast of rotating attackers happy and productive at the same time. Given Barcelona’s topsy turvy campaign, they are currently the best team in Spain, which shows what a remarkable job Zizou has done since taking over the circus that was left for him last year.

The Liverpool manager was only recently handed a new deal by his bosses at Anfield, and why wouldn’t they? Jurgen Klopp has been at the forefront of the club’s transformation in recent years, guiding them to a sixth Champions League trophy and bringing them to the brink of winning a first Premier League title in 30 years.

The German tactician has been rewarded handsomely for his work thus far, earning a cool €17.5m a year, but he should be getting the keys to the city. When it’s all said and done, Klopp will rightly take his place on the Mount Rushmore of Liverpool managers alongside the likes of Bob Paisley, Bill Shankly and Kenny Dalglish.

Five high profile managers who failed in the Premier League

Tottenham Hotspur’s relationship with Jose Mourinho is only in its early days, but so far it’s going well. In his opening 14 league games in charge, the side has looked a bit better than it had in the final few months under his predecessor Mauricio Pochettino. Results have picked up, with the Lilywhites gaining eight wins in the league under the Portuguese.

Ultimately, Mourinho will be judged not by how attractive the style of play is, but by whether or not he can finally bring glory to the North London outfit. Only then we will we know whether it was worth the club giving him such a big salary.

Five managers who famously lost the head on the sideline

It’s perhaps surprising to find Pep Guardiola is not at the top of this list, but it’s not surprising to find that the Catalan is so well remunerated for his work. He is, after all, one of the greatest coaches to have graced the sport in recent times, with incredible success following him wherever he goes.

The Manchester City boss has already established himself as the club’s most successful manager ever, winning five major trophies over four seasons, including back-to-back Premier League trophies. There is a cloud hanging over their achievements in the past decade, however, after they were found to have breached Financial Fair Play rules by Uefa, which has resulted in a two-year ban from the Champions League.

Will Guardiola’s accomplishments in English football have to be accompanied by an asterisk?

Not only is Diego Simeone the best paid football manager in the world, he earns almost twice as much as the next best manager. But why? The Argentine has clearly done an exceptional job at Atletico Madrid, but €43.6m is an awful lot of money to pay someone to run a football team.

There are a few reasons for this. The most obvious is the success Simeone has brought to the La Liga club, winning the league, Copa del Rey and two Europa League trophies during his stint. If he wanted to leave tomorrow, he would have offers from a number of the biggest clubs in Europe. Funds from billionaire investors, such as Chinese corporation Wanda and Israeli national Idan Ofer, have helped fund his salary, as well as building their new state-of-the-art stadium.

Simeone could join a club with a greater chance of winning league titles and the Champions League, but so long as he is so well paid at the Spanish club he isn’t going anywhere.

Read: Kanchelskis was Man United’s secret weapon in the 90’s