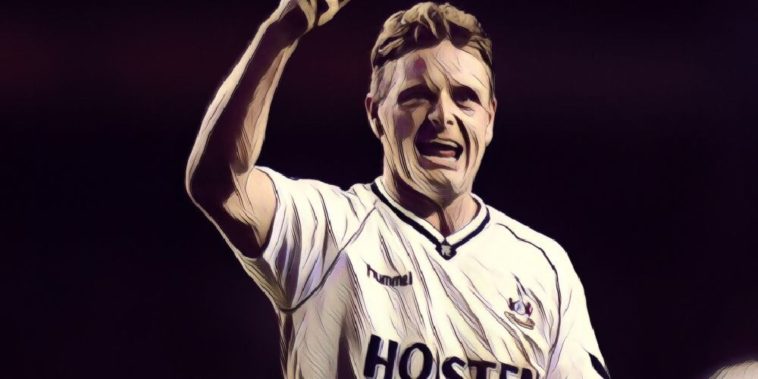 The January transfer window is yet to deliver the excitement it once promised, and as the days count down towards Friday’s deadline we’re still yet to see much movement of note.

The creation of transfer windows has brought some memorable moments in seasons gone by, with record-breaking moves and late, late drama as club’s frantically rush to secure their business.

We all remember the big moves that did happen, but what about those high-profile switches that didn’t quite come to fruition?

The Danish international would go on to become one of the greatest players of his generation, winning a host of major honours at some of Europe’s leading clubs and being recognised as an all-time great.

Despite his wealth of success, however, it could have all been so different for Laudrup.

Having emerged as a promising teenager in his homeland with Brondby, Liverpool would make a move to bring the precocious talent to English football, agreeing personal terms with the 19-year-old over a move to Anfield.

With the deal seemingly set to go through, the Reds wanted to extend the contract offered by a further year, an offer that was declined by Laudrup and the transfer would collapse.

Laudrup would later join Juventus, winning a Serie A title before moving to Spain and enjoying huge success on either side of the El Classico divide.

He would win four league titles and the European Cup as part of Johan Cruyff’s ‘Dream Team’ at Barcelona, before crossing the divide to Real Madrid and winning a fifth La Liga title at the Bernabeu.

Few players are held in as high regard on either side of a fierce rivalry between Spain’s top two, but Laudrup was a special talent who Liverpool let slip through their grasp.

A deal that was all but done, verbally at least.

Sir Alex Ferguson had been left impressed by the talents of a young Gascoigne, the midfielder having starred for boyhood side Newcastle United and being named as the PFA Young Player of the Year.

That season would see Manchester United make an approach, with Gazza telling Ferguson in no uncertain terms that he would be heading to Old Trafford, once the Scot had returned from his holidays.

Ferguson would soon be left cursing his decision to go away, however, as upon his return Gascoigne was unveiled as Tottenham’s marquee signing.

The north London side had persuaded Gascoigne to head for the capital following the promise of some lavish gifts, acquiring the best English player of his generation by famously buying his parents a house and his sister a sunbed.

Gazza would lift the FA Cup with Spurs before having successful spells at the likes of Lazio and Rangers, though it is difficult not to wonder of heights he could have reached under Ferguson’s legendary management.

For his part, Gascoigne says he has no regrets over the decision, but admits he would likely have a significantly larger trophy cabinet had he stuck with his decision to head to Manchester.

“It was probably my sister’s sunbed they [United] couldn’t afford. She should have got a spray tan and I would have a few more medals,” he joked.

Hard to believe now, but a decade ago Blackburn Rovers would go head-to-head with Borussia Dortmund for the signing of Robert Lewandowski.

Long before his emergence as one of world football’s finest talents, Lewandowski had enjoyed a prolific spell in his homeland with Lech Poznan, attracting interest from the Premier League and a Dortmund side enduring Bundesliga mediocrity.

Sam Allardyce had targeted the Pole as the striker he wanted to lead his Rovers side forward, but ash clouds emitted from the eruption of an Icelandic volcano caused major flight disruptions across Europe, meaning Blackburn would miss out on the chance to persuade Lewandowski to Ewood Park.

Lewandowski had wanted the chance to tour the club’s facilities as he weighed up his next career move, though being unable to fly would miss out on Blackburn’s sales pitch and ultimately join Dortmund in a bargain €4.5m deal.

The rest is history.

After firing Dortmund to two Bundesliga titles and a Champions League final, Lewandowski would make the move to rivals Bayern Munich and quickly become one of the greatest forward’s in the club’s history.

The 31-year-old has scored 223 goals in just 269 appearances for the Bavarian side, winning five successive league titles and establishing himself as one of the greatest strikers in Bundesliga and Champions League history.

A move that was just minutes from completion, David de Gea’s switch from Manchester United to Real Madrid fell through on deadline day in the summer of 2015, a collapse that was later bizarrely blamed on a dodgy fax machine.

The Spanish international had established himself as one of the world’s finest goalkeepers during a four-year spell in the Premier League, with Real Madrid keen to take him back to his homeland after agreeing a deal worth £29m plus Chile international Keylor Navas in part-exchange.

All the terms seem to be agreed on a deal that would have been a major blow to the United’s plans, De Gea having been the outstanding talent in a period of transition for the Red Devils following Sir Alex Ferguson’s retirement.

With the minutes ticking down until the deadline, however, the move failed to go through in dramatic fashion.

The Spanish side blamed United for failing to send the required paperwork on time, reports of a dodgy tax machine and technological error being widespread, though it left the move incomplete and De Gea remained at Old Trafford.

Despite speculation in the years since the deal has never been revisited, much to United’s relief.

The most recent ‘move’ on this list, Fekir looked set to join an expensive list of players heading to Liverpool during the 2018 summer transfer window, only for the plug to be pulled on the deal at the last minute.

The France international had starred for Lyon and was seemingly on his way to Anfield as a replacement for Philippe Coutinho, his creativity set to complement a midfield that had become renowned for their industry.

Liverpool had agreed a fee in the region of £52m for the player, and such was the progress of the deal, Fekir had undergone a medical and pre-filmed his unveiling and first interviews in a red shirt.

Speculation over concerns over a past knee injury began to circle, though the French club’s president Jean-Michel Aulas denied that this was the reason for the failed move.

A change of heart from Liverpool over the terms was blamed as the reason for the deal stalling, with Lyon pulling out of the agreement to sell their captain to the Premier League.

Jurgen Klopp’s side would go from strength to strength without Fekir and win the Champions League the following season, whilst the midfielder would remain at Lyon for one more year before joining Real Betis in a cut-price €19.75m deal last summer.