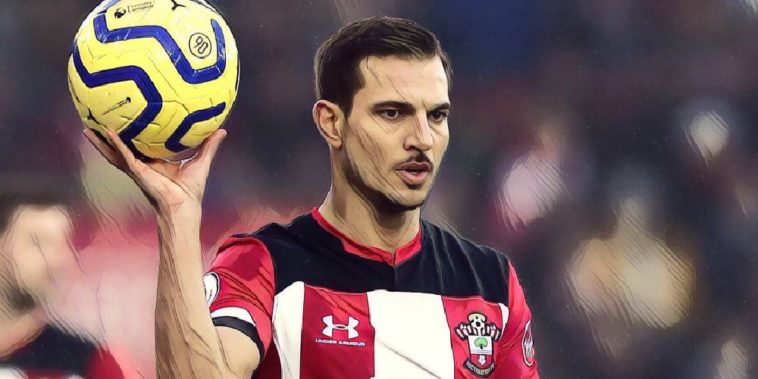 Arsenal are closing in on a deal for Cedric Soares ahead of Friday’s transfer deadline with Southampton said to be ‘keen to cash in’ on the full-back.

The Portuguese international is out-of-contract in the summer and available on a free transfer at the end of the season, and has informed the club he has no intention of extending his deal to remain on the South Coast.

Mikel Arteta has now made his move to bring the right-back to the Emirates ahead of the closure of the transfer window tomorrow night, the 28-year-old set to arrive on loan for a fee of around £5m as Southampton look to recoup some money for a player who was part of the Portugal side which won the European Championships in 2016.

According to the Evening Standard, Southampton will now allow Soares to leave having already secured the signing of Tottenham‘s Kyle Walker-Peters on loan for the rest of the season as his replacement.

Cedric has made 134 appearances and scored three goals since moving to the Saints four-and-a-half years ago, though he would spend the second half of last season on loan at Inter Milan after falling out-of-favour under Ralph Hasenhuttl.

Despite returning to the fold this season he now looks likely to leave, with a move to Arsenal nearing where he will likely compete with Hector Bellerin and Ainsley Maitland-Niles for a position at right-back.

Soares will be the Gunners second signing of the week, with Flamengo defender Pablo Mari having arrived on loan on Wednesday.