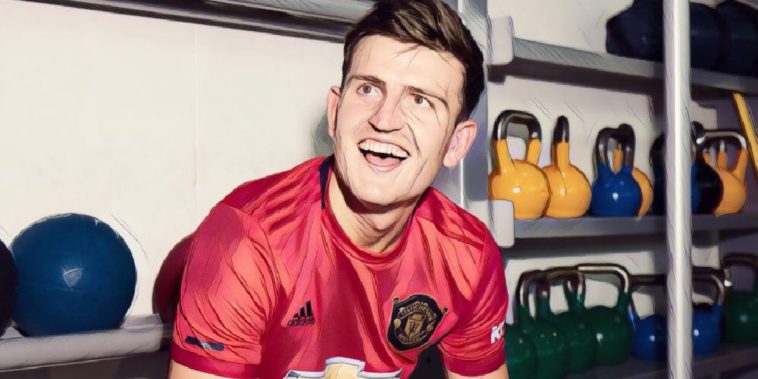 At the outset of the transfer window, it was clear that defence would be a key priority in Ole Gunnar Solskjaer’s rebuild of the Manchester United squad. With Luke Shaw and Victor Lindelof impressing last season, and having completed the signing of Aaron Wan-Bissaka, the £80 million capture of Harry Maguire could be the last piece in Solskjaer’s new backline.

Manchester United have had a clear weakness in central defence for some time. Their 54 goals conceded last season is a scathing depiction of their defensive frailties, many of which stemmed from the lack of a consistent, well-performing centre-back partnership.

The Norwegian’s emphasis on pressing and building from the back require centre-backs with the ability to progress possession through penetrative passing or runs with the ball, and who are capable of playing in a high line.

A centre-back in a high line needs to be able to both cut out opposition attempts to bypass a press through either interceptions or winning aerial duels. They also need to be quick and adept in one-on-one situations to stay with attackers should the press be broken.

Beyond this, United suffered from an inability to defend crosses and set pieces, something that requires defenders that can be dominant in the air and organize the defence around them.

None of Manchester United’s current centre-backs would fit this profile of defender that United need to accompany Victor Lindelof. Chris Smalling was often used alongside the Swede, and while he is dominant in the air, he is a rash and error-prone defender.

Marcos Rojo wouldn’t be a suitable option given that Lindelof has been predominantly used as a left-sided centre-back, while Phil Jones’ combination of injury proneness and frequent mistakes make him an undesirable option.

Eric Bailly has shown promise in his United career thus far, but injuries have plagued his time at Old Trafford. Axel Tuanzebe has potential, but hasn’t shown that he can consistently perform at Premier League level and starting him would be a risk. Given these circumstances, United’s acquisition of Harry Maguire makes sense.

Maguire was excellent for Leicester City last season. His 3.8 aerials won per game with a 78% success rate shows him to be one of the most aerially dominant centre-backs in the league. This has made him not just a defensive asset in his own box, but an attacking threat in the oppositions, as his three goals last season demonstrates.

He makes minimal defensive errors, with just one error leading to a goal last season. Maguire’s passing is excellent, averaging 56.4 passes per game with a completion rate of 85.6% and 6.2 long balls per game. This combination of aerial ability, discipline, and passing, when combined with Maguire’s leadership and ability to organize the defence around him have made him one of the best centre-backs in English football.

Maguire would be a welcome addition in the Manchester United defense. His aerial ability would help the team become less porous when defending set-pieces and crosses. His passing will help United keep and progress possession more effectively, making their transition to a more attacking style easier. Maguire’s vocal presence on the pitch will enable him to organize the defence better, improving the players around him and providing leadership that has been absent in at United for too long.

More importantly than what he brings to Manchester United as an individual is how he complements the players around him. United often seem to make transfers that don’t take into account how the player can add to the existing squad in terms of a cohesive tactical system, as recent links to Paulo Dybala illustrate.

Maguire breaks this mould. Victor Lindelof will be the Englishman’s partner in defence, and it’s easy to see how they could work well together. Lindelof has the necessary mobility to cover for Maguire and compensate for his lack of pace, while Maguire brings an element of physicality that is sometimes absent in the Swede’s game.

Should he play as the right-sided centre-back as anticipated, Maguire would also work well with Aaron Wan-Bissaka. Wan-Bissaka has the athleticism and tackling ability to cover for Maguire when necessary. Along with Lindelof, he could be key in covering for Maguire’s weaknesses and ensuring that he can transition into United’s team.

Conversely, Maguire’s ability to step out from the back and progress the ball from the defensive phase could compensate for Wan-Bissaka’s lack of a polished offensive game. While these players would not have played together before, their skill sets align, and should be able to form a solid backline.

As with any transfer – particularly those with a large fee – there are risks. Maguire has had a relatively quick ascendancy in English football, which doesn’t necessarily bode well for his ability to adapt to the climate of a club like Manchester United. He seemed to deal with more attention and a different dressing room dynamic for England, but the conditions of club football are markedly different.

Moreover, with such a hefty fee, Maguire may be perceived as the man who will solve United’s problems and bring them back into contention for the Premier League. Yet there are a number of glaring weaknesses that have yet to been resolved by an off-field structure with just as many frailties. Unrealistic expectations about his potential impact will be a natural byproduct of his price tag, something he will have to cope with should he be successful at the club.

There’s a lot to like with this transfer, and it should improve Manchester United’s defence considerably. Yet within the context of the club’s larger problems both on and off the pitch, this doesn’t bring the Old Trafford outfit significantly closer to their desired aims. Maguire is a good move for United, but the club will have to do a lot more to return to the top echelons of English and European football.