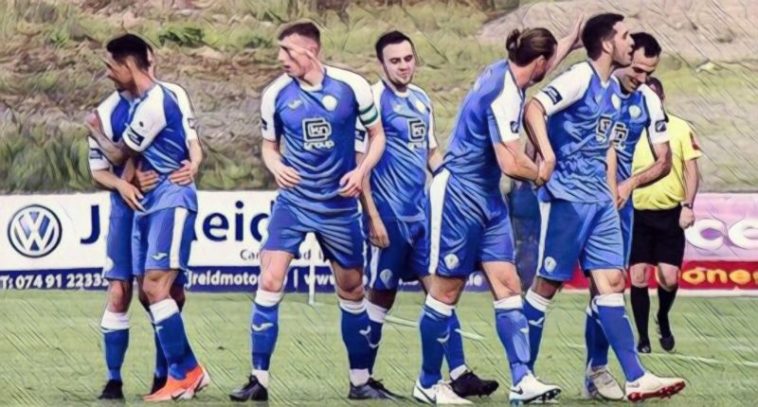 Three observations from the League of Ireland in Gameweek 28, as both Dundalk and Shamrock Rovers lose in Europe, Cork City have failed to improve all season, and Finn Harps’ defence is keeping them alive.

No shame in European defeats

And then there was one. Both Dundalk and Shamrock Rovers conceded three goals against their respective European foes last week, knocking them out of the Champions League and Europa League.

Dundalk are still in Europe after losing to Qarabag, as they drop down into the secondary competition, so they are still on a mission to repeat their 2016 heroics by reaching the group stages. The Lilywhites will be taking on ŠK Slovan Bratislava of Slovakia in the next round.

Rovers put up a stern fight to stay in the tournament, attempting to stage their fourth comeback up to then. 2-0 down against Apollon Limassol in the second-half, Aaron Greene scored in the 69th minute, which was enough to send the game to extra-time.

Sadly, Lee Grace got his marching orders in the 92nd minute, which made the task just that bit too much for the Tallaght outfit, going out 3-1 in the end. Although it was a disappointment for the Hoops, they can hold their heads up high for not being outplayed in the majority of their fixtures. This will give them huge encouragement to push Dundalk all the way to the end of the season.

?? REACTION | #DundalkFC head coach Vinny Perth said his team were punished by a superior Qarabağ side last night, but his sights are firmly trained on next week's "massive" Europa League tie with Slovan Bratislava.

It has now been two and a half months since Cork City last knew what victory in the league felt like. They have lost half of the ten matches they’ve played in that time, drawing the other five.

That run of form leaves them on a paltry 27 points, which is just a smidge over a point per game at this stage. They are now just four points ahead of Finn Harps in the relegation zone, and fears of dropping down a divisions are reemerging.

All season long people have been expecting the Rebels to rekindle at least a semblance of their previous form, which saw them finish in the top two every year for the past five years. But it hasn’t happened, except a spirited 2-1 win over Progres Niederkorn in the Europa League that was ultimately in vain.

The reality for Cork fans is that it’s not likely to come back, despite some of the talent in that squad, this season. This is the new normal, at least until this campaign is out, and until then they will have to reckon with the fact that they are not out of danger.

They’ve forgotten how to win, whereas their relegation rivals have just learned how to.

It’s been some month for Finn Harps. Their last four fixtures have all ended 1-0, three of which they have won. The loss, to UCD, appeared to signal the death knell for them, but they have fought back with incredible spirit to round off three successive victories.

The most encouraging sign for the Donegal side is that they have shored up their defence, creating a fortress more impenetrable than Winterfell. Before then though, it resembled a sand castle more than anything.

At the time of the UCD defeat, Harps were letting in almost two goals per game, amounting to 49 goals conceded, which was the most of any team in the league until last week. Now they simply do not look like giving up a clean sheet.

You have to go back to the first week of June to find a match in which they conceded more than once in a game, the 3-0 loss to Dundalk at home. Since then, they’ve conceded just twice in seven league fixtures. On the flip side, UCD have conceded 12 in the last three games alone.

Ollie Horgan’s charges still have to improve their scoring touch, having found the net just 23 times, but they’ve given themselves a fighting chance of staying up this year.

Read: Five of the Best – League of Ireland exports to the Premier League

The lads have put some great work in these last few weeks ? pic.twitter.com/097gK9EOnM