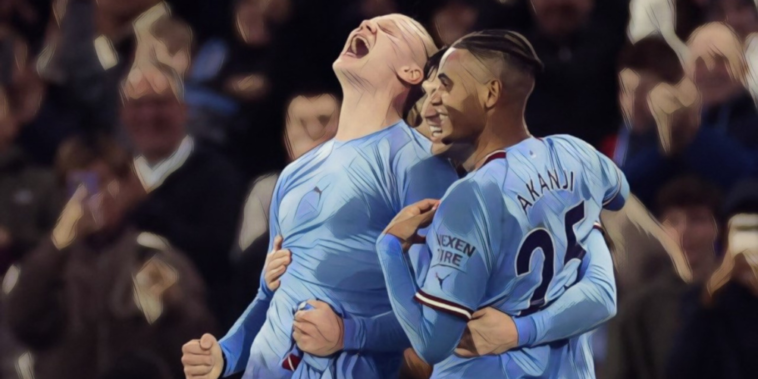 Erling Haaland says his stoppage-time penalty against Fulham was one of the most nervous moments of his life after the forward’s late spot-kick snatched a 2-1 win for Manchester City.

Haaland came off the bench to score the decisive goal and send City top of the Premier League, with the champions forced to dig deep after Joao Cancelo’s first-half red card.

Julian Alvarez had handed City the lead, but the complexion of the game changed when Cancelo was sent off midway through the opening period and Fulham were awarded a penalty. Andreas Pereira made no mistake from the spot and City looked set for an afternoon of frustration when substitute Haaland saw a goal disallowed for a marginal offside.

The Norwegian had missed City’s last two games through injury, but came off the bench to score a dramatic winner as he converted a 95th-minute penalty to send City top of the division.

The 22-year-old – who now has 18 league goals in just 12 games this season – admitted he felt the nerves of his pressure penalty.

“Fantastic,” Haaland said to Sky Sports reacting to the win.

“I was nervous [for the penalty]. It was one of the most nervous moments of my life, but fantastic. A penalty in the last minute, of course I would be nervous. But amazing feeling.

“I love it. I have been injured for a week and it is really important to win.”

Haaland – whose goal was the latest winner in the Premier League since November 2017 – expressed his delight to be back in the side after injury.

“I want to play every game. Difficult [to be on the sidelines] but in the end we need three points and that is what we got. I am so tired, but so happy. You have no idea.”