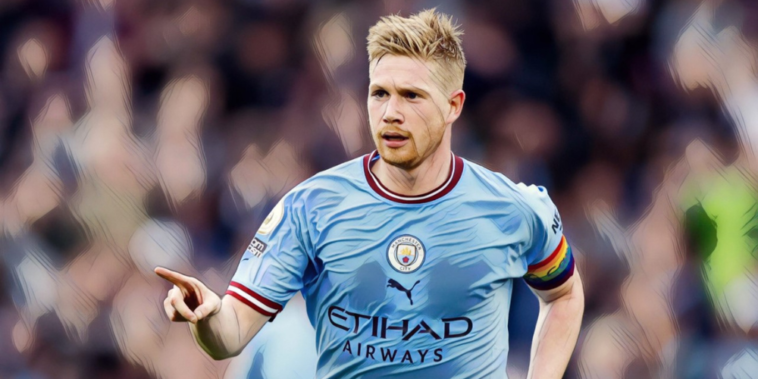 English football is home to some wonderful attacking talent right now and a number of names have excelled during the course of 2022.

Goal involvements are often the standard on which midfielders and forwards are judged, with the ability to score and create opportunities on a consistent basis separating the ordinary from the elite.

Here are the five Premier League players with the most goal involvements in all competitions in 2022.

James Maddison is banging on the door for an England recall, with the midfielder having excelled at Leicester.

Maddison ended last season in sparkling form and has continued in that vein during the current campaign. The 25-year-old has 13 goals and 12 assists in just 28 appearances for the Foxes this calendar year, despite Brendan Rodgers’ side struggling for consistent results.

Maddison has not been capped since making his England debut as a substitute in 2019, but his form is becoming more and more difficult to ignore. The midfielder discussed his omission from the most recent squad and outlined his desire to keep producing and earn a recall.

James Maddison with his first goal of the season during #ARSLEI ⚽ pic.twitter.com/PH2Ia14rZW

“I’m not naive, I’m a football man, I know there’s top, top players in those forward areas, but I have a self-belief and a confidence that I’m a top player and I can be in that category,” Maddison said last month, as per The Athletic.

“I’ll keep working hard and I’ve almost got to have the mindset of I’ve got to force myself in because those players at the big clubs are in at the minute and they’re good players, they’re top players like I said, I’m not naive to that. But I think there could be a space for me, so I’ll just keep working hard and keep producing performances.”

Son Heung-min’s blistering form across the second half of last season ended in Golden Boot success, as the South Korean finished as the leading scorer in the Premier League alongside Mohamed Salah.

Son struck 23 league goals for the campaign to earn a share of the Golden Boot, including a run of 14 goals across the final 14 fixtures of the season to lead Tottenham to Champions League qualification.

The 30-year-old has not been quite as explosive during the current campaign, with his three goals in the Premier League all coming with a hat-trick against Leicester in September.

Mohamed Salah has provided more goal involvements in the Premier League than any other player since his arrival at Liverpool in 2017.

The Egypt international has been directly involved in 175 goals in 198 league appearances for the Reds, a run which includes a hat-trick of Premier League Golden Boot accolades. He won his third career award last season, in a campaign which also saw Salah lead the league for assists (13).

Poking the ball home to tie a prestigious club record of 41 European goals.

He has 32 goal contributions during the calendar year, the third-highest total in the Premier League. The 30-year-old has had a slower start to the season domestically and has four goals to date, but is the joint-leading scorer in this season’s Champions League alongside Kylian Mbappe.

Salah scored seven goals in six games – including a hat-trick as a substitute against Rangers – as Liverpool progressed to the last 16.

Harry Kane’s form has been a key factor in Spurs’ strong start to the season, with the England captain having had his best-ever start to a Premier League campaign.

Kane’s performances have been a continuation of his displays from last season’s run-in, as he scored 13 goals following the turn of the new year to lead Spurs to a top four finish.

The 29-year-old will head into this month’s World Cup in fine form, having scored ten goals in 13 league appearances during the 2022/23 campaign. Only Erling Haaland can better that total across the Premier League.

He will have his sights set on becoming the first player to retain the World Cup’s Golden Boot in Qatar.

Kevin De Bruyne has been directly involved in a staggering 40 goals in 41 games for Manchester City in 2022, more than any other Premier League player.

De Bruyne scored a career-best 15 league goals last season, while he has been at his creative best during the opening months of the new campaign.

Erling Haaland’s arrival has provided the Belgian with the perfect focal point to thread passes toward and De Bruyne has recorded 12 assists in just 14 starts across all competitions this season.

He has nine in the Premier League alone, just under half way towards the divisional record of 20 he shares with Thierry Henry. Few would bet against him eclipsing that record this season, as he continues to climb the Premier League’s all-time assist chart.