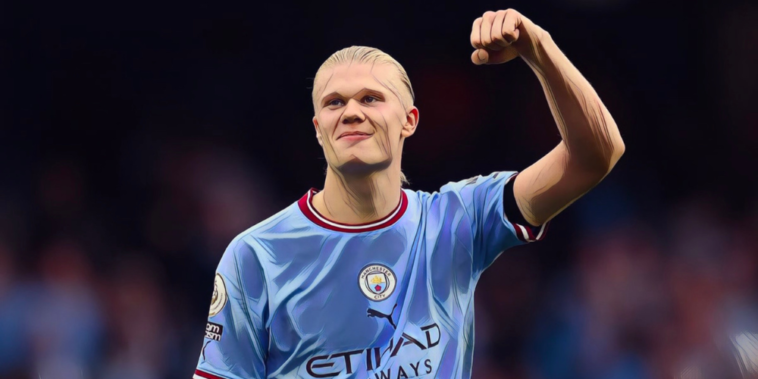 Pep Guardiola has warned that Manchester City forward Erling Haaland could be even better when the Premier League season returns following the World Cup.

This season will see unprecedented history with the mid-season scheduling of a winter World Cup, with domestic campaigns set to pause next month for the tournament in Qatar.

The timing of the tournament has placed pressure on the football calendar with fixture congestion, though those not participating in Qatar will have the luxury of an extended break.

Haaland is among those after Norway’s failure to qualify and Guardiola has warned that the 22-year-old – who has already scored a staggering 22 goals in just 15 appearances this season – could return refreshed and recharged for the second half of the campaign.

“He will be in Marbella for sure, or in Norway,” Guardiola said ahead of City’s Champions League clash with Borussia Dortmund.

“But this is the first time in our life [a winter World Cup] is going to happen and we don’t know how people are going to come back. Maybe some players will come back incredibly happy, some maybe depressed if they get eliminated in the knockout stages, some have more holidays.

“We have seen how many injuries there are with this insane calendar. We will see when they come back, we will smell it, then the routine on a daily basis will adapt.”