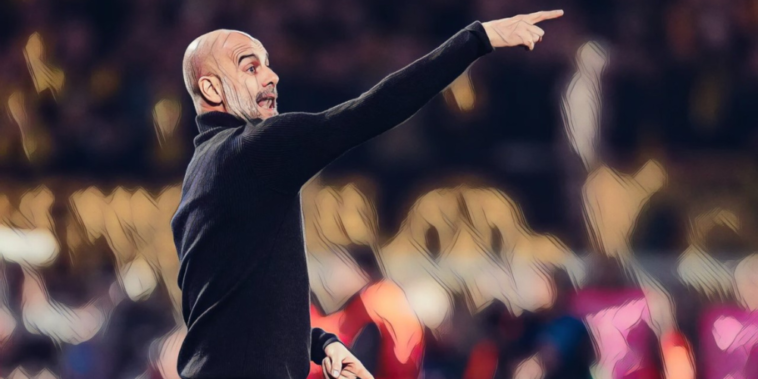 City remain unbeaten in Europe this season and secured top spot in Group G with a draw at Dortmund, securing their status as group winners with a game to spare.

Riyad Mahrez missed from the spot during the stalemate in Germany, a result which also saw Dortmund progress to the knockout rounds. City were below their usual best, but Guardiola praised his team for their successful campaign to date.

“When you qualify with one game left, it is the biggest compliment to the team,” Guardiola said at his post-match press conference.

“We make an exceptional group stage – every game we played, we did really well.

“We will play Sevilla, with fresh people who didn’t play regularly and the same in the Carabao Cup and focus in the Premier League on these three finals we have – Leicester away, then Fulham and Brentford and after, as everyone knows, the World Cup.

Guardiola discussed his side’s recent form, with City having failed to score in three of their past four fixtures in all competitions. The Spaniard admits his team are feeling the demands of a congested fixture schedule leading up to the World Cup.

“Today we were exhausted, the game against Brighton drained us a lot – it was demanding, man to man, it was physically so demanding,” he said.

“Joao with fever made an incredible effort. I want to say thank you to Joao because we don’t have Sergio or Kyle and John made an effort to come back.

“I appreciate what they have done and Julian made an incredible effort defensively. It was so difficult for him but in general, especially in the second half, we did a good performance.”

Erling Haaland started the game against his former side, but was withdrawn at the interval following an ineffective performance. Guardiola revealed that the Norwegian had been suffering from illness this week, alongside Joao Cancelo.

“Three things: I saw him so tired,” he started.

“Second one, he had a little bit of influenza in his body. Like Joao – Joao had a fever.

“Then the third, he had a knock in his foot. That’s why he was not able to play the second half.”