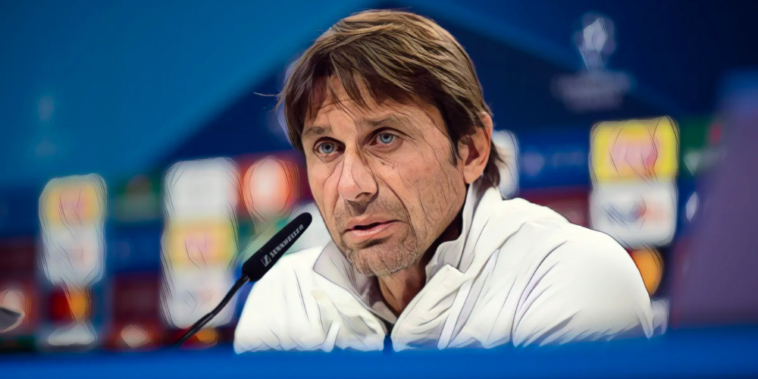 Tottenham manager Antonio Conte has laughed off suggestions that Manchester United and Chelsea are teams ‘in transition’.

Conte led Spurs to a top four finish last season and the north Londoners have made a strong start to the current campaign despite consecutive defeats in recent fixtures.

Spurs can also secure progress to the Champions League’s knockout rounds with a win over Sporting Lisbon on Wednesday evening and ahead of the clash Conte was asked whether changes at rival sides provided an opening for his team this season.

United and Chelsea are both under new management this season and have had mixed starts to the campaign, but Conte has dismissed the suggestion that the duo are in transition – pointing to recent silverware success and financial power to strengthen his argument.

“I am surprised you are asking about Manchester United and Chelsea being in transition,” Conte said at his pre-match press conference. “[Chelsea] won the Champions League two years ago and last season they won the [Club] World Cup, United two years ago finished second — if these clubs that can invest a lot of money are in transition, I don’t know who are the title contenders?

“In November we were ninth in the table. We were playing in the Conference League. And you think United and Chelsea are in transition? With [Cristiano] Ronaldo, [Raphaël] Varane, [Jadon] Sancho — in transition? I hope to be in transition this way, I hope so,” a laughing Conte added.

“I have been here 11 months. You can change the coach but when you arrive and you find a group of players that won the Champions League two years ago, last season the Club World Cup, maybe you have an important squad with players that won a lot.”

🗣“This is a topic that we go to face with the club the right moment. I think in this moment we have to be concentrated on the present and to try to do our best.”

Conte’s current contract expires at the end of the season and the Italian has so far failed to agree terms on a new deal. The short nature of his contract has provided the 53-year-old with some leverage and he spoke last week of his desire for further backing from the board.

Conte is approaching the first anniversary of his appointment in north London and insists he now has a greater knowledge of the club and the challenge to lead Spurs to silverware.

“This is a topic we have to face with the club,” he said on a new contract. “For sure [there] will be the time to speak with the club. To understand what is the best solution for us. This is not the right moment to answer.

“In one year I have understood a lot of things. The first moment for me was really difficult to understand but now I am going into the Tottenham world. I understand very well what our situation is, what is our position, what is our starting point, how long is our path to be competitive and to fight for something important.

“Now for sure my knowledge about Tottenham is more complete. For this reason I will be prepared for the moment when we speak with the club and understand what is best for the future.”