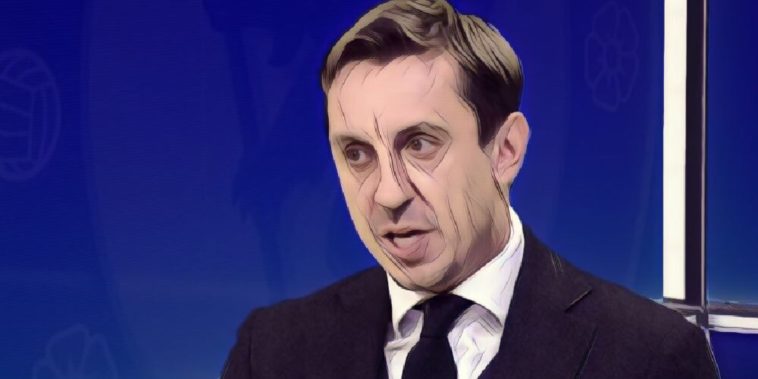 Gary Neville pulled no punches after the latest incident of racist abuse towards a player in today’s game between Spurs and Chelsea, the Sky Sports pundit accusing the leaders of the UK’s leading political parties of fuelling racism.

Neville believes the current political climate in the UK has contributed to this sorry state of affairs, and gave an impassioned speech on the matter during the post-match coverage.

“I mentioned a couple of weeks ago, we have just had an election in this country where both main parties and the leaders of both main parties are accused constantly over the last month of fuelling racism and accepting racism within their parties,” Neville said on Sky Sports.

I think Dave Jones is excellent at his job and I’m sure he was being told to say that at the end. But he undermined Gary Neville’s reasoned and right-thinking argument. This kind of faux journalistic balance is part of the reason why we are where we are pic.twitter.com/EDTdEX6UkB

“We have seen an issue today that we might say is down to one particular person but it is a far bigger issue than that and there has to be something that happens quickly.

“We maybe have to empower the players to walk off the pitch and stop the entertainment while it’s happening because that’s the only way I can see it changing.”

Neville was joined in studio by former England teammate Ashley Cole who was racially abused on international duty in Turkey in 2003. Neville revealed that he was ashamed for not taking action back then and called on players to stage walk-off protests if these incidents continue to occur.

“The PFA might have to take it into their own hands if the Premier League and the FA don’t act and stop pointing the finger at the Bulgarian FA and the Spanish FA because we have to deal with our own ship.”