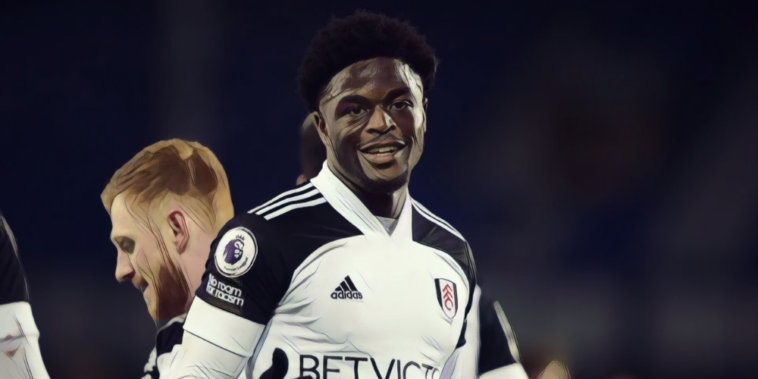 Fulham have struggled to score goals for much of the campaign and have found themselves mired in the Premier League’s bottom three, Parker entering the January transfer window in a bid to solve his side’s goalscoring issues.

The Cottagers secured the signing of Bordeaux forward Maja on loan until the end of the season and the 22-year-old has made an immediate impact, scoring both goals in a 2-0 win at Everton on his full league debut.

That victory was Fulham’s first-ever away win at Goodison Park and ended a sequence of 12 games without a win, breathing new life into the club’s battle to avoid an instant return to the Championship.

Parker has lavished praise on Maja following his performance and has been impressed with the former Sunderland forward’s impact since arriving at Craven Cottage, admitting the youngster has fitted in ‘very, very well’ to his squad and outlining his hopes the forward’s form can continue.

“What a way to start, full Premier League debut for us and to score two goals and for us to win the game it was pretty special for him really,” said Parker at his pre-match press conference ahead of his sides clash with Burnley tomorrow.

“I’m really conscious, I don’t want to put a lot on someone so young’s shoulders but I’ve been very impressed in the short space of time I’ve been working with Josh and hopefully that can continue really.

“He’s also fitted in in a short space of time as one who wants to learn, a player who wants to get better and I think that’s vitally important when you come in to where we are and he’s made those strides very, very easily.”