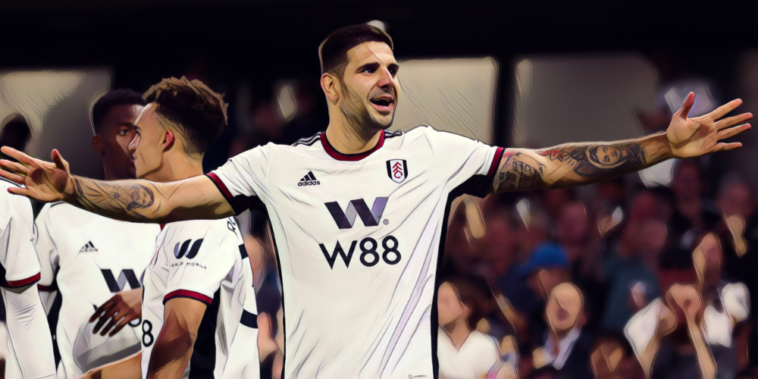 Fulham take on Chelsea in the Premier League this weekend, as west London rivalries are resumed at Craven Cottage.

Marco Silva’s side have made a strong start to their Premier League return, while the fixture will represent a new start for Chelsea following the sacking of Thomas Tuchel.

Here is all you need to know about Saturday’s showdown.

Fulham have made a solid start to the league season with optimism high that the Cottagers can avoid an instant return to the Championship.

Marco Silva’s side are tenth in the table, despite having played three of last season’s top five in their opening six fixtures. The club’s two defeats – at Arsenal and Tottenham – have come in close contests, increasing confidence that Fulham can compete with the Premier League’s best.

Aleksandar Mitrovic has been in brilliant form with six goals from six league games, trailing only Erling Haaland among the Premier League’s top scorers. The Serbian will be relishing the chance to take on a Chelsea defence still finding its feet amid new signings, as he continues to answer the critics who labelled him a flat-track Championship bully.

Defeat at Dinamo Zagreb in the club’s Champions League opener made it three losses from five games for Chelsea in all competitions, a run of form which has cost Thomas Tuchel his job.

Despite an investment of £255.3m in the summer window, the Blues’ new ownership have decided on change and Graham Potter is expected to be named as the club’s new head coach before this weekend.

One of our own! 💙 pic.twitter.com/cEklQXExcN

The task for the new boss will be increasing the levels of an underperforming team, one which has lost two of their opening six games. Tightening up the defence will be crucial for Chelsea, with the defensive strength of Tuchel’s early reign having evaporated. In his first 50 games in charge, Chelsea conceded just 24 goals, while in his last 50 they have conceded 53.

Kai Havertz scored both goals as Chelsea won the previous meeting between the teams at Stamford Bridge, with the German netting a brace as the Blues tightened their grip on a top-four position.

Havertz latched on to Mason Mount’s through ball to give Chelsea an early lead, before adding a second four minutes after the break following a one-two with compatriot Timo Werner.

Fulham had chances but were unable to get back into the contest, in a result which pushed the Cottagers closer to relegation. Defeat left Fulham nine points from safety with just four games of the Premier League season remaining.

What channel is Fulham v Chelsea on?