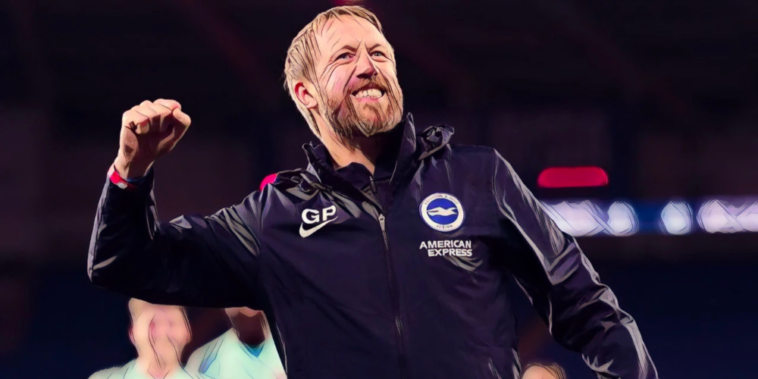 Graham Potter is set to be named as Chelsea’s new head coach, following the decision to sack Thomas Tuchel.

Chelsea made an approach to Brighton for Potter on Wednesday, after announcing that the club had parted company with Tuchel following a disappointing start to the campaign.

Tuchel was sacked following Chelsea’s 1-0 loss at Dinamo Zagreb in the Champions League and the west Londoners made an immediate move to source a replacement.

Brighton granted permission for Chelsea to hold talks with Potter, with the Times reporting that the 47-year-old is set to accept the club’s offer to become the new head coach at Stamford Bridge.

Chelsea are understood to be willing to meet Potter’s release clause at the Amex Stadium, which is reported to be in the region of £15m. The Brighton boss is keen on the move to Chelsea and could be appointed in time to take charge of Saturday’s west London derby with Fulham.

Chelsea have turned to Potter following his impressive spell in charge of the Seagulls. He led the club to a best-ever Premier League finish of ninth last season, while Brighton are currently fourth in the division after taking 13 points from their opening six games.

Potter has won admirers for continuing Brighton’s upward momentum, despite the sales of key figures. His tactical flexibility will also appeal to Chelsea’s new ownership, with co-controlling owners Todd Boehly and Behdad Eghbali having made Potter their first choice.

Chelsea were expected to hold talks with former Tottenham boss Mauricio Pochettino, though there are reservations over his ability to deliver at the highest level and Potter is expected to be named as Tuchel’s replacement.