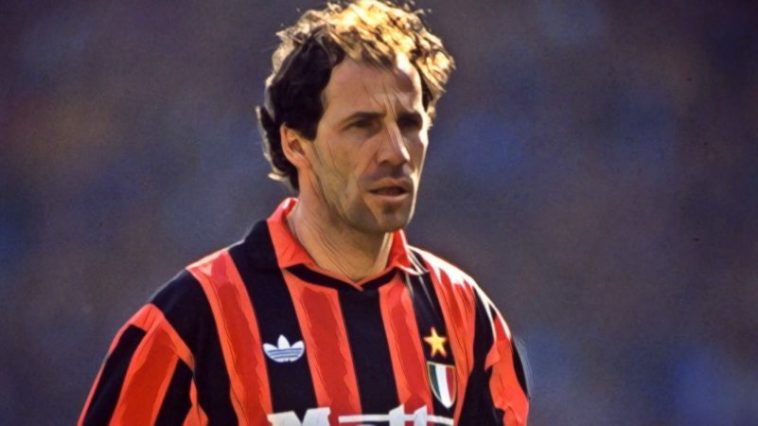 Few players see their achievements recognised with the retirement of their shirt number, fewer still at clubs of the gargantuan size of AC Milan. Franco Baresi, however, was no ordinary player.

The icon of Italian football is still held up as the benchmark for defenders in the modern game, a man whose effortless style saw him recognised as one of the greatest even in a nation famous for producing outstanding defensive players.

His list of accolades includes six league titles spanning three different decades and three European Cup successes, Baresi dedicating his entire career to the Rossoneri to be forever remembered as one of the club’s most famous sons.

Here are 10 of the best quotes about the legendary Franco Baresi:

“He was special. He was a short, skinny guy but so strong. He could jump so high. The way he played on the field was an example for everybody. He wasn’t a big speaker, no, no, no. The way he played, the way he trained was an example. He had pace, but he was only 70kg. But let me tell you – when he hit you with a tackle, he was so strong. For me, he was the role model. He was a reference. He was also very good with the ball. Very, very good. It is very hard to find a good defender, who is strong and good with the ball. Very hard.” – Paolo Maldini

“What more words are there to describe this man? Simply the best defender of the last three decades, and the last great libero. He always seemed to know in advance where the ball would go and there was no centre-forward on the planet who was capable of surprising him. He also had very good technique when it came to playing the ball, and when he attacked, he was always dangerous. A real icon.” – Marcel Desailly

“The consummate libero, capable of doing whatever he wanted with the ball whether he was defending or attacking. He had great positional sense and with his speed, he could bring the defence out quickly and launch an attack. And that was always half a goal in itself.” – Zico

“He made a mockery of the idea you have to be big, strong and quick to be a great defender. He didn’t rely on his size – he was only 5ft 10in – or his power but he was a brilliant organiser and what he lacked for in pace, he made up for with organisational skills. The way he read a game would keep him one step ahead of the opposition. He was fantastic on the ball. He’d start AC Milan’s attacks by surging out of defence. Brilliant.” – Jamie Carragher

“I loved Franco Baresi. He was the man. Everything about him was aggressive, on the front foot. He was a proper leader. He was hard, and nothing seemed to get past him.” – Gary Neville

“Baresi wasn’t as physically strong as you might expect a central defender to be – he would generally play as sweeper – but he was so good you would just watch him dictate the pace of the game. He read the game better than any defender I’ve ever seen, and I think that’s what makes him stand out as one of the best central defenders of all time.” – Tony Adams

“Franco Baresi was one of the all-time great defenders: he read everything, made everything look so easy and at the same time he was brilliant going forward and would supply passes for the rest of that great Italian side.” – Gary Lineker

“A leader at the back, very strong and quick, with an excellent understanding of the game. As a defender, he could do everything. A lot of the time, he would know what the attacker was going to do before they knew themselves! How do you get past someone like that?” – Ruud Gullit

“Baresi was quality on the ball, and like all great Italian centre-halves he was hard and would stop at nothing to win the ball. Oddly, he was in his late 20s before he got the recognition he deserved, and by then, he was the world’s best defender.” – Ronald Koeman

“Franco was the best player I have ever played with. The guy was world class to his core. He had everything – pace, two feet, and he was a leader of men. I remember the first time I trained with him at Milan, I couldn’t believe my eyes; I thought, “Christ, he is unbelievable.” He was a joy to play with.”  – Ray Wilkins