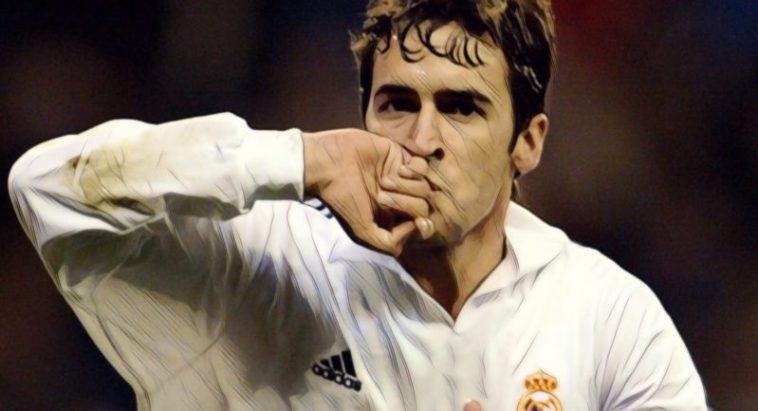 One of the greatest players in the history of Spanish football, Raul was the homegrown hero amongst a host of Galactico signings during a record-breaking career at Real Madrid.

The forward won six league titles and three Champions League trophies amongst an extensive collection of major honours at the Bernabeu, scoring 323 goals in a record 741 appearances in the famous all-white colours of arguably the world’s biggest football club.

Few players are as synonymous with Los Blancos as the former Real Madrid captain, a player recognised as one of the finest of his generation and an iconic figure in the history of the capital club.

His latter years saw him leave the pressured environment of the Spanish capital to become a hugely popular figure in Germany at Schalke, enjoying a new lease of life in the Bundesliga before finishing career with spells in Qatar and the United States.

Here are 10 of the best quotes about Raul:

“Raúl is synonymous with Madrid: the face of the club for the last 25 years. If you wrote a list of Raúl’s qualities, it would be a list of the values of Real Madrid. He is the Di Stéfano of our time. Quantity above quality, absolute commitment and endeavour above all else. Utter professionalism. Every. Single. Day. Of. His. Life.” – Jorge Valdano

“The most important player in Spanish football history.” – Pep Guardiola

“I think he is the greatest player to have ever played the game. He walks on the turf and astounds. It is utterly amazing.” – Luis Figo

“For every Real Madrid fan, Raúl was, is, and always will be, an example of honesty, work, the ability to resist defeat and someone that is passionate about football. His 16 titles won in our shirt demonstrate his greatness, his sense of loyalty and his commitment to Real Madrid.” – Florentino Perez

“Raul does something that few players dare to try: he walks into a stadium with 100,000 people watching him and he plays as if he was playing in his neighbourhood.” – Alfredo Di Stefano

“He is a winner. He is the inheritance of Real Madrid.” – Fabio Capello

“Real buy these big players like Figo, Zidane and Ronaldo but I think the best player in the world is Raúl.” – Sir Alex Ferguson

“He is a role model for anyone who sets foot on the field of play.” – Zinedine Zidane

“Raúl was a surprise to us, but not to himself. Raúl carries the ball badly, he dribbles badly, he can’t head the ball, he strikes it badly… and then the game starts. When the game starts, he carries the ball well, he dribbles phenomenally well, he can head it, he scores a thousand different types of goal. He is suddenly perfect. Raúl is a born competitor. He’s unique.” – Angel Cappa

Read – 10 of the best quotes about Brazilian legend Ronaldinho