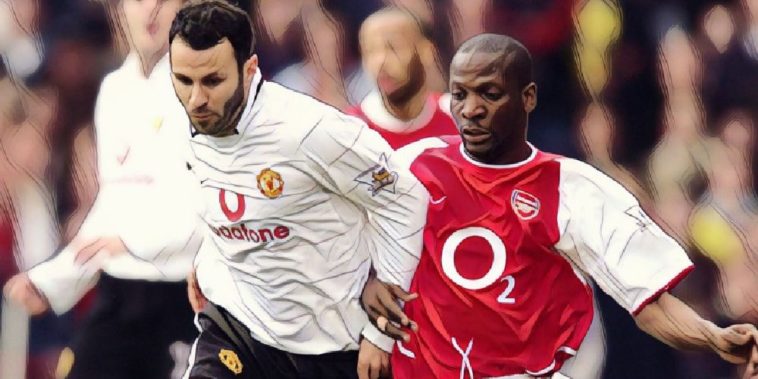 Former Arsenal defender Lauren has explained why ‘unbelievable’ Ryan Giggs was so hard to play against after recalling one of his finest displays for the north London side.

The Cameroon full-back won two Premier League titles during a seven-year career with the Gunners, forming part of Arsene Wenger’s Gunners side which regularly competed with Sir Alex Ferguson’s Manchester United for major honours at the turn of the millennium.

Lauren would regularly be tasked with containing Giggs during clashes between the two fierce rivals and has now revealed the difficulties in facing the Welsh winger – recalling one of his stand-out moments for the club as Arsenal were crowned champions at Old Trafford in 2002.

“I mean 2001/02 was unbelievable because finally we won the league at Old Trafford,” Lauren told Arsenal’s ‘In Lockdown’ podcast. “I think in that game, in my opinion it was one of the best games I played in as a defender because personally I was suffering a little bit because of Ryan Giggs.

“Giggs was unbelievable, he was one of the most intelligent players I played against because he knew the movement, he was always looking behind, he didn’t stand still, he was unpredictable.

“I think when we finished that game it was one of my best games because I managed to find out how to cope in this position and I managed to cope against this top player.”