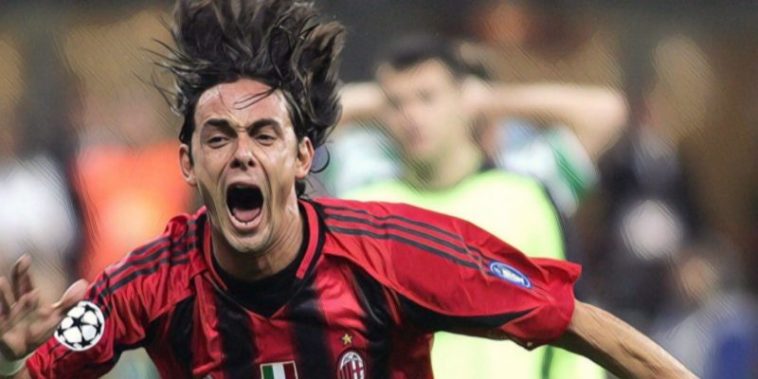 Every playground in every school has that one kid who rarely ventures far from the opposition goal, the archetypal goal-hanger who waits patiently for their chance to become a lunchtime hero.

Loved by some and loathed by others, these tap-in merchants thrive off personal glory but throughout the years there are some famous footballers who have made memorable careers off their self-serving interests.

Football is after all about winning and as the old age saying goes, goals win games.

In truth, the ‘fox in the box’ is perhaps a dying breed, with forwards often needing a more complete skill-set to cope with the demands of tactical systems in the modern game. The fellas on this list could hardly be described as complete footballers, but a sixth sense around the penalty area can take strikers with sub-standard skills to the very top of the sport.

This feature is a salute to some of the very best penalty-box predators, here are five of football’s greatest goalhangers:

The career of Gerd Muller saw the forward become one of the greatest goalscorers in football history, the German the focal point for arguably Bayern Munich’s most successful side.

Muller was named as the winner of the Ballon d’Or in 1970, the forward’s ability to put the ball in the back of the net with unprecedented regularity recognised by the footballing public. That era may have boasted the technical talents of players such as Johan Cruyff and George Best, but Muller’s instinctive abilities saw him break a whole host of goalscoring records.

‘Der Bomber’ scored an incredible 565 goals in just 607 appearances for Bayern, helping the Bavarians into the Bundesliga for the first time and laying the foundations for Germany’s most successful club, winning four league titles and three consecutive European Cups.

The best goalscorer in world football at the peak of his powers, Muller’s phenomenal record was compiled amid minimal fuss, producing his best work between the widths of the opposition posts and finishing as the Bundesliga’s top scorer on seven occasions – including a record 40-goal haul in 1971/72.

Success would also come on the international stage with World Cup and European Championship glory, Muller averaging better than a goal-per-game with 68 goals in just 62 appearances for the national side.

Gary Lineker established a reputation as one of the finest finishers England have ever produced during a prolific career for club and country, an opportunistic forward whose insatiable desire for goals carried him to the very top.

Lineker was neither quick, strong or particularly skilful, but his speed of thought and intelligent movement provided him with an abundance of opportunities to tap home the simplest of chances, amongst his highlights a close-range Clásico hat-trick against Real Madrid.

The forward’s career saw him score prolifically for Leicester, Everton, Barcelona and Tottenham, whilst he is also the third-highest scoring player in the history of the national side and one of just two English players – alongside Harry Kane – to have won a World Cup Golden Boot.

Few fans will search for YouTube compilations of a player who rarely ventured out of goalscoring positions, Lineker’s style one for which he remains wholeheartedly unapologetic.

Sir Alex Ferguson once claimed that Filippo Inzaghi was ‘born offside’ given the forward’s continued desire to play the game on the shoulder of the last defender, the Italian’s sole focus on racing through for a simple goalscoring chance.

Rarely has a player celebrated a one-yard tap-in quite like the former Juventus and AC Milan poacher, whose delight was abundantly clear as time and time again he raced away in glee.

Johan Cruyff once remarked on Inzaghi’s ability “Look, actually he can’t play football at all. He’s just always in the right position” – but if to be in the right place at the right time is an art, Inzaghi was football’s equivalent of Vincent van Gogh.

Only four players have ever scored more goals in European club competition than Inzaghi, and no list of great goal-hangers would be complete without the presence of the instinctive Italian.

Ruud van Nistelrooy’s former Manchester United teammates have spoken of the forward’s obsession with scoring goals, the former Netherlands international often found sulking had he failed to find the back of the net.

Fortunately for the harmony of the Old Trafford dressing room, those sulks will have been few and far between following a prolific period in English football for Van Nistelrooy, the striker smashing a whole host of goalscoring records during his five-year spell in the Premier League.

Van Nistelrooy came alive inside opposition penalty areas, regularly wheeling off to a delighted crowed after applying the finishing touch from close range. No player in Premier League history has ever scored more than his 44 goals in all competitions during the 2002/03 campaign, a season which saw the forward finish as the leading scorer in both the league and Champions League.

Van Nistelrooy may have been deemed as a one-trick pony by some, but smashing home countless goals a season is one hell of a trick.

There’s playing to your strengths, and then there’s Miroslav Klose.

The German’s name sits proudly as the greatest goalscorer in the history of the World Cup, the forward using the world’s biggest stage as a chance to demonstrate the skill in stealing chances.

Klose may never be regarded as one of the greatest players the game has seen, but his goalscoring prowess has left an ineligible mark on the history of German and world football.

Just look at this collection of his best ever Bundesliga goals, he barely leaves the six-yard box.

He may well have been the most unpopular kid in the history of playground football, but there is undoubtedly an art to his tap-in talents.