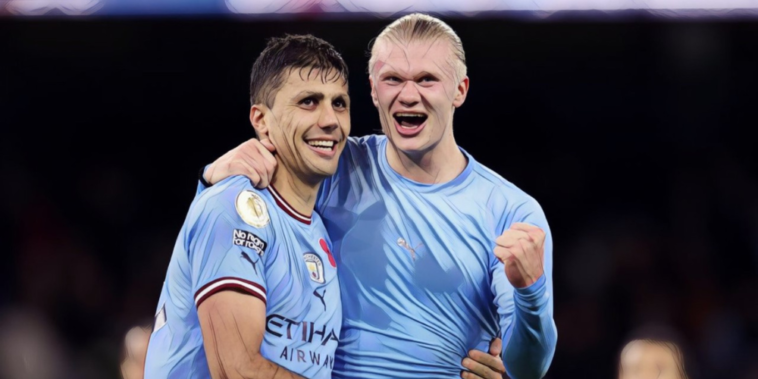 Premier League clubs have finances the envy of the football world, with England’s top clubs having embarked on a record summer spend in 2022.

Football Manager 2023 has reflected those finances and players in search of resources to rebuild will be best served starting a save in England. The competition for trophies is fierce, but there’s vital money to sign new stars and improve.

Here are the starting budgets for each Premier League team in Football Manager 2023.

Arsenal were among the heaviest spenders of the summer transfer window, with the club’s recruitment including the arrivals of Gabriel Jesus and Oleksandr Zinchenko from Manchester City.

Those additions have impressed during a strong start to the season for the Gunners, who have room in the wage bill and further funds to improve the squad. Adding depth to the midfield should be on the agenda.

Aston Villa have an exciting collection of talent to build around, with more than capable names across the forward line. The likes of Leon Bailey and Ollie Watkins are players to build around, as FM players look to succeed where Steven Gerrard couldn’t and bring success to Villa Park.

A starting transfer budget of £30m is a strong starting point.

Brentford’s success has been built on savvy recruitment, with Thomas Frank having continued to oversee progression despite repeated sales of star names. The Bees’ ‘buy them low and sell them high’ philosophy has worked to date and will be one FM coaches will want to continue given the limited initial budget in west London.

Brighton shape as an appealing project on FM23, with the Seagulls boasting the second-largest initial transfer budget in the Premier League.

Marc Cucurella’s summer sale to Chelsea has boosted the coffers and Brighton have the facilities and resources to push for Europe in the coming campaigns. An impressive midfield combination of Moises Caicedo and Alexis Mac Allister can be built around, while the signing of a centre-forward should be on the agenda.

Chelsea’s record-breaking summer spend has impacted the initial budgets at Stamford Bridge, with the west Londoners having invested £272 million on new faces in the biggest single transfer window from a club in history.

Finding the formula for those signings to succeed will be the first task.

Resources are minimal at Crystal Palace to begin with, but fortunately the Eagles have invested in a number of names with huge potential in recent windows.

Michael Olise and Eberechi Eze have room to improve, as the exciting attacking duo support talisman Wilfried Zaha. The latter is out of contract in 2023, so securing him to a new deal should be the early focus.

A new stadium and reckless spending in past windows has limited the funds available at Everton. Bargains will need to be sought as the Toffees look to avoid another season in the relegation dogfight.

Frank Lampard proved there can be value found however, with centre-backs Conor Coady (loan) and James Tarkowski (free) having shone since their summer arrivals.

Consolidation is the target for Fulham, who are looking to end a yo-yo existence between the top two divisions in recent seasons. There’s a little room for manoeuvring in the transfer market, as those in charge of the Cottagers look to build on a solid foundation.

Creating chances for Aleksandar Mitrovic will be crucial to the club’s hopes of survival.

Leeds invested more than a £100m in new talent during the summer, but there remains funds for further additions at Elland Road.

The sales of Kalvin Phillips and Raphinha saw Leeds lose to key players, with the task to now rebuild a team still adjusting to life post-Marcelo Bielsa. A repeat of the European nights of the early 2000s are not too far away with the right recruitment.

Brendan Rodgers was given precious little to work with at Leicester during the summer, with the £75m sale of Wesley Fofana used to balance the books at the King Power Stadium.

Wout Faes was the only addition of note and Leicester will need to be on the look for cost-efficient additions during the first window, with a modest transfer budget of £10m.

Here's another GOTS entry for you! 📨

After runners-up finishes in the Premier League and Champions League last season, the task will be taking Liverpool one step further this time around.

Darwin Nunez was the headline arrival of the summer at Anfield, though there remains concerns over an ageing midfield and lack of competition/cover for Trent Alexander-Arnold at right-back. A starting budget of £42m could be added to with sales. Alex Oxlade-Chamberlain and Naby Keita are into the final 12 months of their deals and should be moved on early if not a part of your plans.

Composure 💯@MoSalah doubling our lead and his goals for the afternoon with this deft finish 👌 pic.twitter.com/gzrZDZzenA

Manchester City boast the biggest budgets in the Premier League, as the champions look to extend their dominance of the division.

It’s been four titles in five seasons at the Etihad and a starting sum of £102m can be invested in ensuring the Premier League crown remains in Manchester.

How were your nerves, City fans? 😅@ErlingHaaland, take it away! 🤩#ManCity pic.twitter.com/AyaHSSM1f5

Erik ten Hag has been tasked with addressing a decade of decline at Old Trafford, but could you oversee your own transformation of the Premier League’s fallen force?

It’s approaching a decade since the Red Devils last won the league title, a staggering statistic given the club won 13 of the division’s first 21 editions during a period of domestic dominance under Sir Alex Ferguson.

Newcastle have been billed as the world’s richest club since their Saudi-led takeover, but the club’s initial budgets on Football Manager 2023 – while certainly healthy – are far from the bottomless pits of cash some envisaged.

The Magpies have not won a major trophy since 1955, but long-awaited silverware success is well within reach given the resources available. There will be bedlam on Tyneside if an elusive major honour arrives in the North East.

Nottingham Forest’s summer splurge was one of the stories of the summer, as the newly-promoted side embarked on a vast overhaul at the City Ground.

More than 20 new arrivals headed to Nottingham during the summer, as the club prepared for their first Premier League campaign since the late nineties. Bedding in those additions after a chaotic recruitment process will be the task, given little remains in the club coffers.

Southampton have appeared on the decline in recent campaigns and Ralph Hasenhuttl recently departed following a difficult start to the season.

The Saints have invested in youth and have a number of exciting prospects, with Armel Bella-Kotchap and Tino Livramento stars of the future. Ensuring survival will be crucial in your first season, as you look to fend off the vultures circling for St Mary’s top talent.

Can you be the manager to turn Spurs into genuine contenders?

A solitary League Cup is the club’s only major honour since the turn of the millennium, with that success arriving almost 15 years ago. Not since 1961 have Spurs been crowned champions, but there is the basis of a title-winning side in north London.

Harry Kane and Son Heung-min have the talent to fire the side to major trophies, if areas elsewhere are strengthened sufficiently.

West Ham splashed the cash during the summer, spending big on signings such as Gianluca Scamacca and Lucas Paquetá.

It means there’s little left in the pot in Football Manager 2023, but the Hammers have a side capable of challenging for the European places once again. Success in the Europa Conference League should also be a realistic ambition for season one.

Wolves are in trouble right now, in the Premier League’s relegation places following a poor start to the season.

Goals have been the problem for Wolves, but securing a new striker will be difficult with an initial starting budget of just £3.9m. Perhaps Portugal still has some bargain buys….