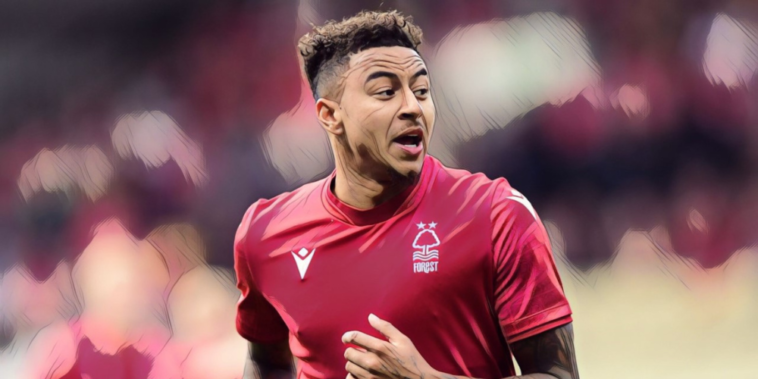 Managers are often judged on their recruitment and Premier League bosses were backed with record sums during the summer transfer window.

While some summer arrivals have hit the ground running, there are a number of names across the division who have failed to live up to expectations.

As the season prepares to pause for the World Cup, we look at five summer signings who have failed to make an impact so far this season.

There was excitement at Brentford following the arrival of Mikkel Damsgaard during the summer, with the midfielder joining the club’s Danish collection as a replacement for Christian Eriksen.

Damsgaard has excelled during Denmark’s run to the last four at Euro 2020, scoring spectacular goals against Russia and England. The 22-year-old was viewed as an ideal replacement for compatriot Eriksen, possessing the technical quality and creativity to fill the void left by the former’s departure to Manchester United.

Damsgaard has struggled to make an impact to date however, with his appearances limited almost entirely to late cameos off the bench. He has started just once in the Premier League so far this season, as Thomas Frank eases the summer signing into English football.

He has been included in Denmark’s World Cup squad and will hope to gain momentum in Qatar, before returning to the Bees this winter.

Sam Johnstone had several sides interested in a deal after deciding to leave West Bromwich Albion last summer, with Manchester United and Tottenham credited with an interest in the goalkeeper.

Johnstone signed for Crystal Palace in the hope of more regular first-team football, but it has been a frustrating period for the 29-year-old who has failed to dislodge the veteran Vicente Guaita as Eagles’ number one.

Johnstone’s return to the Premier League was designed to boost his England ambitions, but he has failed to make a single league appearance for Palace with his football restricted to one League Cup outing. His lack of football has ended Johnstone’s hopes of a World Cup place, having earned three caps for the Three Lions in 2021.

It will feel a missed opportunity for the shot-stopper, who will have entered the season with his focus on becoming Palace’s number one goalkeeper.

Just what has happened to Philippe Coutinho?

The Brazilian has looked a shadow of his former self this season, with Villa having been provided little return on their investment since Coutinho’s £17m arrival from Barcelona during the summer. The 30-year-old sparked in his opening appearances for the club during a loan spell last term, producing enough moments of the old magic to persuade Villa to turn the move into a permanent one.

This season he has been virtually anonymous during a disappointing start to the season at Villa Park, one which has Steven Gerrard sacked and replaced with Unai Emery.

Coutinho has failed to provide a single goal or assist in 12 league appearances, of which just six have come from the start. There have been few glimpses of the footballer who starred across five seasons at Liverpool, before winning two La Liga titles, the Bundesliga and Champions League during spells at Barcelona and Bayern Munich.

Emery’s task will be to coax Coutinho’s best on a consistent basis, upon his return from a thigh problem that is expected to sideline the midfielder for two months.

Jesse Lingard’s move to Nottingham Forest raised eyebrows during the summer, with the midfielder turning down interest from former side West Ham to sign a lucrative one-year deal at the City Ground.

The England international arrived as arguably the most high-profile of Forest’s 22 summer signings, having agreed a short-term deal following the expiration of his contract at Manchester United.

Forest’s summer splurge has meant there has been little consistency in Steve Cooper’s side this season and Lingard has struggled to make the desired impact.

The 29-year-old has failed to provide a single goal or assist in the Premier League this season, while he has been in and out of the Forest team in recent weeks, starting two of the past five fixtures on the bench.

Steve Cooper says Jesse Lingard is working to get back in the goals following a dry spell for Nottingham Forest. pic.twitter.com/q1EeJ1B6a7

“I understand around Jesse, because of where he’s played his football before and having been on the international stage there will always be a bit of extra interest,” Cooper said, as per the Nottingham Post.

“But we don’t think like that; we treat him the same as everyone else. What I do know is Jesse is working really hard on the training ground. He is a very positive influence around the place in a professional way, and, like everyone else, we are all aiming to improve in order to improve our situation.”

Forest are bottom of the division after a tough start to their Premier League return and there are several who questioned Lingard’s decision to turn down European football for a relegation dogfight. On current form however, West Ham will have little regret at missing out on a deal.

Wolves increased their Portuguese stocks once again during the summer, securing a deal to bring in Goncalo Guedes from Valencia.

Guedes has bounced around a number of leading clubs in Europe, taking in spells at PSG and Valencia after emerging from Benfica’s academy ranks. Still just 25, he arrived in the Premier League with a fine reputation but has arrived at a Wolves side in turmoil this season.

Bruno Lage departed after a disappointing start to the season and Wolves are still without a permanent manager in charge, with Julen Lopetegui only set to take the reins after the World Cup. The lack of an attacking focal point has contributed to Guedes failing to demonstrate his best to date, after fellow recruit Sasa Kalajdzic sustained an ACL injury on his first appearance for the club.

Goncalo Guedes has scored his first goal since 19th March 2022, for Valencia against Elche. That was 232 days ago.

Wolves need more from the £27.5m summer signing, who has recorded just one goal and one assist across his 11 league appearances. Guedes returned to the starting side with a first Wolves goal against Brighton last weekend and the club will hope he can build on an encouraging performance.

Wolves have scored just eight goals in the Premier League – the lowest total in the division – and need Guedes to demonstrate his direct approach and creativity on a more consistent basis.

Read Also – Football Manager 2023: Five teams to start a save with