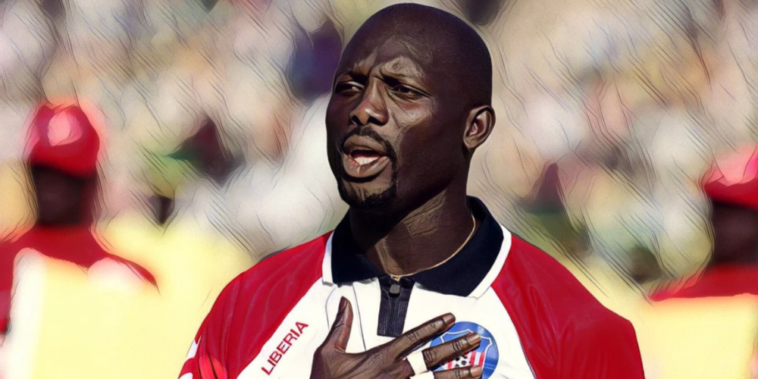 The FIFA World Cup is often hailed as the best of the best, a tournament which pits together the finest footballers in the game.

Some of the sport’s most iconic names have written their legend at the World Cup, but there are a number of star names who never had the privilege of competing at the finals.

Here are five world-class players who never featured at a World Cup.

Alfredo Di Stefano is regarded as one of the game’s all-time greats, with the forward the star name of Real Madrid’s legendary side of the 1950s.

Di Stefano scored 308 goals in just 386 appearances for the Spanish giants, during an era that saw Real Madrid dominate the early editions of the European Cup. Los Blancos won five consecutive trophies following the formation of the continental competition, with Di Stefano scoring in each of the finals.

He memorably hit a hat-trick in the iconic 7-3 thrashing of Eintracht Frankfurt in the 1960 final at Hampden Park.

At international level, the Argentine-born star represented three different nations in Argentina, Colombia and Spain. He missed out on the 1950 World Cup after Argentina failed to qualify, before being deemed ineligible for the 1954 edition after representing Colombia.

Di Stefano represented Spain after acquiring Spanish citizenship, but never featured at a World Cup for La Roja. Spain missed out on a World Cup place in 1958, while Di Stefano was injured for the 1962 tournament.

George Best is often hailed as one of the best talents never to featured at a World Cup, with Northern Ireland relative minnows in the international game.

Northern Ireland have reached the World Cup on just three occasions, each coming outside of Best’s glorious peak. The winger starred for the Manchester United side of the 1960s and 1970s, where he was named winner of the Ballon d’Or after inspiring the Red Devils to European Cup success in 1968.

That pitch 😅
That commentary 🧐
That kit 🤩#OnThisDay in 1970, George Best scored six against Northampton! 🌟 pic.twitter.com/Jr6i4TtNTT

He made 37 appearances for the national side and scored nine goals, but described his international career as “recreational football” given the lesser standard of teammate than at club level. Best was considered for a shock call-up after Northern Ireland qualified for the 1982 tournament, but was left out of the final squad.

He had not been capped in the previous five years and at 35 had seen his career sharply decline. Issues off the field contributed to his downturn, after leaving Manchester United in 1974.

George Weah remains the only African footballer to have won the Ballon d’Or, after being named as the world’s finest footballer in 1995.

At his best Weah was an explosive forward whose best football came at Paris Saint-Germain and AC Milan. He won league titles with both clubs and was named as African Footballer of the Year on three occasions.

Weah became the all-time record goalscorer for Liberia, a nation who have never qualified for the FIFA World Cup and who have reached the Africa Cup of Nations just twice. He scored 18 goals in 75 appearances for Liberia, for who he is now serving as president after a post-career move into politics.

Weah’s son, Timothy, was born in New York and has chosen to represent the United States at international level. He marked his World Cup debut with a goal as the USA drew 1-1 with Wales at the 2022 tournament.

Eric Cantona was the defining footballer of the early Premier League, but his time as English football’s most influential talent coincided with a France team who flattered to deceive.

Cantona was the inspiration of the Manchester United side that dominated the first decade of the Premier League, winning four league titles in five seasons. However, that success was not replicated on the international stage.

Despite the talent at their disposal, Les Bleus missed out on consecutive World Cup tournaments after failing to qualify in 1990 and 1994. The latter failure was spectacular as France – all but assured of their place at USA ’94 with two games to spare – lost to Israel and Bulgaria to miss out on qualification.

Cantona scored 20 goals in 45 appearances for France, but retired before the World Cup was hosted on French soil in 1998. It was a tournament to remember for the host nation, as France were crowned world champions for the first time.

Ryan Giggs is the most decorated player in English football history, following an extraordinary one-club career at Manchester United.

Giggs won an astonishing 13 league titles and two Champions League trophies among his honours with the Red Devils, but was unable to help Wales to a major international tournament. He won 64 caps and scored 12 goals for the national side, who at the time of his retirement had reached just one major tournament – the 1958 World Cup.

Wales ended that drought to reach Euro 2016 – nine years after Giggs’ international retirement – and have since reached three of the past four major tournaments, including the 2022 World Cup in Qatar.

Giggs did represent Great Britain at the 2012 summer Olympics, captaining the side in London as one of three over-age players. The GB side qualified as group winners before losing to South Korea on penalties in the last eight.