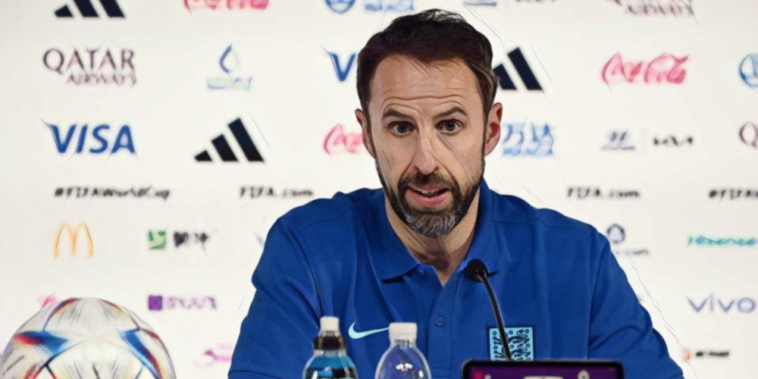 Kane won the Golden Boot in Russia four years ago, and despite starting the Premier League season in fine form, he hasn’t looked quite at his best in Qatar to date.

There have been suggestions that the Spurs striker is carrying an ankle injury following a heavy challenge in the win over Iran, though Gareth Southgate has said that the issue he has is in his foot, but said the striker is ‘fine’.

“Obviously we’re going to pick a team that we believe can win the game,” he told a pre-match press conference.

“Harry’s fine in terms of the knock he had, everybody keeps saying it’s his ankle but it’s his foot.

“At this point we’ve got pretty much available to select from which is a great position to be it. It makes decisions difficult of course, but what you want is a fully fit squad and that’s where we’re at.”

England would need to lose by four goals to miss out on the knockout stages, but despite having started with the same XI for the first two games, Southgate said that he won’t make changes for the sake of it.

“We have 26 players, but we have a major tournament. It is not about giving caps out,” he said following suggestions he could rotate.

“We have a brilliant group. Players will be disappointed if they’re not playing and if we have other camps through out the year we try to give minutes when we can.

“But, in a World Cup you can’t be thinking that way.

“We are fortunate we have really good professionals, but I know it is tough.

“The squad has been ready in previous tournaments and supported us throughout.”