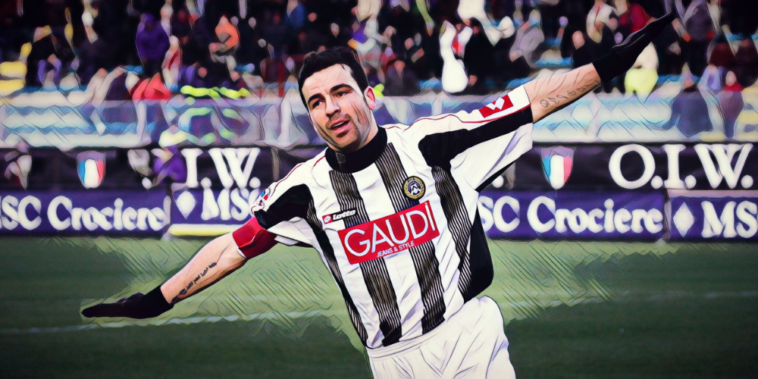 Harry Kane faces a major decision on his future this summer with the Tottenham forward facing a ‘now or never’ moment to leave the north London side, defeat in the Carabao Cup final extending the star’s wait for major silverware.

Kane has established himself as one of world football’s finest centre-forwards since coming through the academy ranks at Spurs, twice finishing as the Premier League’s leading scorer and winning the Golden Boot at the 2018 World Cup in Russia.

The 27-year-old is currently the seventh-highest scoring player in Premier League history but is yet to win a major trophy in his career to date, losing three major finals with Spurs in recent seasons.

Recent reports have suggested the England captain will ask to leave the club this summer in search of elusive silverware, with several notable names having seen careers pass without winners’ medals.

We’ve decided to look back at some of the best players not to have won a major trophy, here are five top-class footballers who never won silverware.

Matt Le Tissier’s enduring loyalty to Southampton is the stuff of Premier League legend, spending his entire top-level career with the Saints despite overtures from some of England’s elite.

Le Tissier cemented himself as arguably the club’s greatest ever player during a career on the South Coast that delivered 209 goals in 540 appearances, his performances helping keep Southampton in the top tier and earning him admiring glances from further afield.

Whenever Southampton appeared to be in relegation trouble, Le Tissier would pull rabbits from the hat and ensure top-flight status was retained, an almost annual saviour whose performances have left a lasting legacy.

That, he insists, is worth far more than winners’ medals won elsewhere with Southampton providing Le Tissier with the freedom to play in his own unique, laid-back and free-spirited manner.

One of football’s great late bloomers, Antonio Di Natale became the record appearance holder and goalscorer in Udinese’s history during a memorable Serie A career.

The forward did not make his top-flight debut until the age of 25, signing for Udinese two years later where his first seasons saw him become an important player – if not a prolific goalscorer.

However, Di Natale enjoyed the best period of his career after turning 30, scoring 29 goals during the 2009/10 season to be named as Serie A’s Italian Footballer of the Year.

The veteran finished as the league’s leading scorer for a second successive season the following year to win the Capocannoniere award once again, netting 20+ goals in five consecutive campaigns for Udinese.

Despite the late start to his career at the highest level, Di Natale scored 209 goals in Serie A, the sixth-highest total in the league’s history.

Silverware proved elusive however, with Udinese unable to compete with Italy’s leading clubs despite the goals of a player who ranks above the likes of Roberto Baggio and Alessandro del Piero amongst Serie A’s most prolific players of all time.

Another forward who scored prolifically in Italy’s top tier, Giuseppe Signori was one of the most reliable goalscorers in Serie A during the early nineties.

The best seasons of Signori’s career came during a six-year spell with Lazio, where he finished as the division’s leading scorer three times in just four campaigns, scoring 107 goals in just 152 league appearances during his time in the Italian capital.

Signori’s goals were unable to inspire Lazio to tangible trophy success and his fortunes fared no better on the international stage, forming part of the Italy team that finished as runners-up during the 1994 World Cup.

He moved on to Bologna and later Sampdoria without silverware success, finishing his career with 188 top-flight goals in Serie A – the joint-ninth most in history alongside Alessandro del Piero and Alberto Gilardino.

You have to have some talent to make 81 appearances for one of world football’s most respected nations, but despite a career spent at the highest level for club and country, former Germany midfielder Bernd Schneider hung up his boots without silverware.

Schneider formed part of a Bayer Leverkusen side who endured several heartbreaks either side of the turn of the millennium, finishing agonisingly as runners-up in the Bundesliga in 1999/2000 after losing 2-0 to Unterhaching on the final day of the season – a result which allowed Bayern Munich to pip them to the title on goal difference.

Two years later and Leverkusen suffered a season that cemented the club’s unwanted ‘Neverkusen’ moniker, finishing as runners-up in league, cup and Champions League with Schneider having finished as the competition’s leading assist provider in the latter.

That summer the midfielder continued his misfortune after being part of the Germany that finished as runners-up in the 2002 World Cup, an incredible run of bad luck for a player who came ever so close to tasting the ultimate success.

Stan Collymore was once English football’s most exciting forward, a queue of the division’s best sides forming an orderly line to prise the star away from Nottingham Forest.

Collymore fired Forest back into the big time during the nineties before taking the top tier by storm, Manchester United, Everton and Newcastle all interested in his signing before a British transfer-record move to Liverpool.

He flickered briefly on Merseyside in tandem with Robbie Fowler, but personal demons would hinder his hopes of a long-lasting career of success at the highest level.

Collymore at his best was a brilliant talent however, a striker with raw pace, strength and an unerring ability to lash the ball into the bottom corners off either foot.

His spell with Liverpool lasted just two seasons and saw him score 28 goals in 64 appearances, but the Reds were unable to compete with the Premier League’s best despite reaching an FA Cup final and briefly threatening a title challenge in 1995/96.

For all his natural talent, Collymore ended without silverware and won just three caps for England.