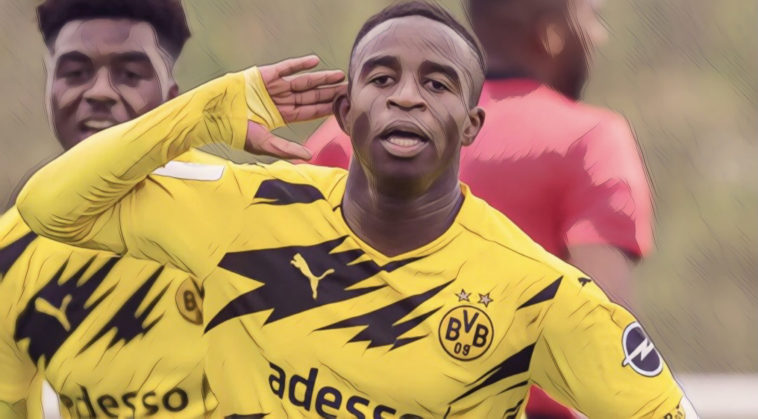 International breaks are often greeted with moans and groans from football fans, but this month’s pause to the Premier League season provides an interesting twist with the start of the U21 European Championship.

The tournament will take on an unusual format given the relentless nature of the football calendar with the group stages and knockout rounds staged separately. Group stage fixtures will take place in the upcoming international break, before the latter stages commence in late May.

Some of Europe’s finest young footballers will take part for the chance to be crowned the continent’s finest and ahead of the tournament we’ve picked out some names to watch as the action kicks off this week.

Here are five players to watch at the U21 European Championship:

Fans north of the border will be well aware of the talents of Odsonne Edouard, the forward having scored prolifically for Celtic since signing from Paris Saint-Germain.

Edouard has flourished amid regular first-team football in Scotland and has scored 83 goals in just 162 appearances for the Scottish side, winning three league titles and being named as the SFWA Footballer of the Year in 2019/20.

The 23-year-old has been similarly prolific on the international stage and is France’s leading scorer of all time at U-21 level, netting 15 times in just 10 appearances for a side many deem as favourites for this summer’s tournament.

Edouard will be amongst the oldest players at the tournament and remains eligible given his age when qualifiers began, with scouts set to be watching Les Bleuets’ spearhead when their campaign kicks off against Denmark on March 25.

Edouard has been routinely linked with the Premier League with Arsenal, Tottenham, West Ham and Aston Villa all linked of late, and the forward will be tasked with scoring the goals to fire a star-studded French side to a first U21 Euro success since 1988.

German football’s worst-kept secret is now out following Youssoufa Moukoko’s breakthrough into the Borussia Dortmund side, the Cameroon-born forward becoming the Bundesliga’s youngest ever player when making his senior debut aged just 16 years and one day in November.

Less than a month later and Moukoko had become the Champions League’s youngest debutant and the Bundesliga’s youngest scorer, his incredible potential highlighted by an astonishing record 141 goals in just 88 appearances for Dortmund’s youth sides since 2017.

The 16-year-old has already scored three times in 14 appearances for the senior side and will now join up with Germany’s U21 side for the European Championship, in what will be his first appearances at this level.

Having taken each career step in his stride there will be few expecting the youngster to be overawed, Moukoko having been described by teammate Erling Haaland as ‘the biggest talent in the world right now’ – certainly not bad praise from a player himself setting extraordinary standards.

Youssoufa Moukoko has been named in the Germany U-21s squad for the European U-21 Championship and could become the youngest player to ever play for the Germany U-21s national team #BVB pic.twitter.com/EcgSCx2USI

Winners in 2017 before a runners-up finish two years later, Germany will be seeking to reach a third consecutive final in 2021.

No, Man City won’t win the quadruple – but they might still win a lot of trophies

England will head into the tournament amongst the contenders for the trophy, with Aidy Boothroyd’s side containing exciting talents including Mason Greenwood and Callum Hudson-Odoi.

Boothroyd has chosen to include three uncapped talents in his squad for the U21 Euros, the most notable that of Emile Smith Rowe who has enjoyed a fine breakthrough season at Arsenal.

Joining the Gunners midfielder as a first-time call-up is Noni Madueke, who has followed the increasingly popular trend of English youngsters moving abroad in search of senior football, after leaving Tottenham for PSV Eindhoven.

Madueke’s move to the Eredivisie has proven a positive one and after sporadic performances last term the teenager has broken into the PSV side this season, scoring seven goals and providing four assists in just 19 appearances – only six of which have come from the start.

Given Eddie Nketiah’s struggle for minutes at Arsenal and Rhian Brewster’s woes at Sheffield United, the 19-year-old offers the Young Lions a fine alternative as they bid to make an impression.

England face Switzerland in their Group D opener on Thursday, before meetings with Portugal and Croatia.

Another of the Eredivisie’s brightest young talents, Myron Boadu has attracted Premier League interest following his performances for AZ Alkmaar over the past two seasons.

The 20-year-old scored 14 goals and provided six assists in 24 appearances for the Dutch side in 2019/20, with AZ level on points at the summit with Ajax at the time of the campaign’s curtailment.

Boadu has continued to fire this season and has 12 for the campaign to date, his displays having seen the likes of Newcastle and Arsenal rumoured with a potential move for a centre-forward with a clinical touch.

The youngster scored eight goals in the qualification progress as the Netherlands qualified as group winners ahead of Portugal, whilst he has already made an impact at senior level with a goal on his debut against Estonia in November 2019.

Eduardo Camavinga will line up alongside a talented France squad for the U21 European Championships, the Rennes midfielder regarded as one of the most exciting teenagers in world football.

Camavinga starred as Rennes qualified for the Champions League last season and has continued to grow in influence for the Ligue 1 side, his admirers including Real Madrid, Paris Saint-Germain and Chelsea amongst others.

The 18-year-old already has 75 senior appearances under his belt for Rennes, alongside three senior caps for Les Bleus and a goal on his first start with a wonderful overhead kick against Ukraine last year.

Comfortable as a deep-lying midfield enforcer or as a playmaker pulling strings further forward, Camavinga’s best position is yet unclear, though he has the complete skillset and talent to evolve how he chooses.

The youngster is expected to form part of a French engine room that will also include Houssem Aouar, a talented midfield axis that should ensure Sylvain Ripoll’s side advance to the latter stages.